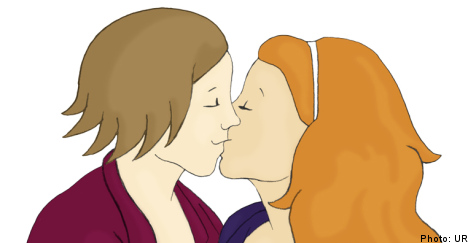 The film, “Sex on the map” (Sex på kartan), was co-produced by the Swedish Association for Sexuality Education (RFSU) and the Swedish Educational Broadcasting Company (UR) and broadcast last week on Sveriges Television (SVT).

The 30-minute film is the first sex ed film produced for Swedish schools for 25 years. While animated, many of the film’s drawings are nevertheless quite detailed. The film also includes scenes featuring teenagers engaging in sexual activity with one another.

Following the film’s broadcast on SVT, an individual from Umeå in northern Sweden reported the public broadcaster to the police.

According to the complaint, the film depicts minors having sex and is directed toward Swedish high school students and thus qualifies as the crime of “leading youth astray.”

According to the statute, someone can be convicted of the crime for distributing pictures or images featuring content which “can be dehumanising or otherwise cause serious danger for the moral upbringing of young people.”

Cecilia Bäcklander, the programme director at UR responsible for producing the film, rejected claims that the film leads youth astray.

“This is a very well thought out film that has been planned for several years with RFSU. We’re not guilty of endangering young people or leading them astray. This is an educational film,” she told The Local.

Bäcklander admitted the film addresses “sensitive issues” and isn’t surprised that it may have sparked negative reactions among some viewers. However, she’s “not at all” worried about the police complaint.

“We’ve consulted our lawyers throughout the production,” she said.

The head of RFSU, Åsa Regnér, agreed that “Sex on the map” was a high-quality sexual education film based on actual questions posed by Swedish teenagers.

“We’ve tested it in schools and we know it works. It doesn’t lead young people astray; it gives them important information about sexuality and their bodies,” she said.

The complaint, which was filed with the police in Stockholm, has been forwarded to Sweden’s Chancellor of Justice (Justitiekanslern), who is charged with assessing whether or not the matter falls within the framework of Sweden’s laws governing freedom of expression.

If the chancellor rules that the film isn’t covered under Sweden’s free speech laws, the complaint will be sent back to the police.

Speaking with the Dagens Nyheter (DN) newspaper, a representative from the chancellor’s office called leading youth astray an “extremely uncommon” crime and that only two or three such cases have come to the office in the last decade.