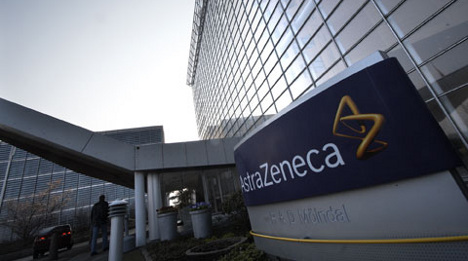 “Despite government pricing pressures and anticipated patent expiries in the US and Western Europe, our revenues remained in line with the previous year driven by excellent performance of our key brands and continued growth in Emerging Markets.

“This performance, combined with disciplined management of the business enabled us to deliver increased earnings, increase the dividend and return residual cash to shareholders through share repurchases,” he added.

AstraZeneca returned $2.1 billion to shareholders in 2010 after buying back

shares and said it planned to hand over $4.0 billion this year.

The company added that total group revenue increased 1.4 percent to $33.269

It added that sales in emerging markets exceeded $5.0 billion for the first time.

AstraZeneca added that net profit increased 4.4 percent to $1.621 billion in the fourth quarter, compared with earnings of $1.553 billion a year earlier.