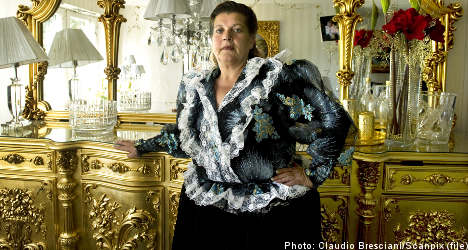 “We have had enough with our current problems,” Rosita Grönfors, chairwoman of the International Roma and Travelling Women Forum (IRKF), told news agency TT on Sunday.

The report, which will document historical discrimination, will include forced sterilisations and the lack of voting rights, according to Sveriges Television’s (SVT) Rapport on Sunday.

Integration Minister Eric Ullenhag told SVT that the social institutions that have been responsible for the abuses will be singled out. However, the surveying will not result in the state awarding damages to affected Roma.

Maria Leissner, the former chairwoman of the government’s delegation for Roma issues, would have preferred a truth commission, but believes that the report on the whole will fulfill the same function.

“What is important now is that they get testimonies from Roma. They must be free to talk about their reality,” she told news agency TT on Sunday.

However, drawing up old abuses from history does not help the Roma now, said Grönfors.

“I think that they should ignore what has happened, it is history. I want the government to care about the Roma who are discriminated against now instead,” she said on Sunday.