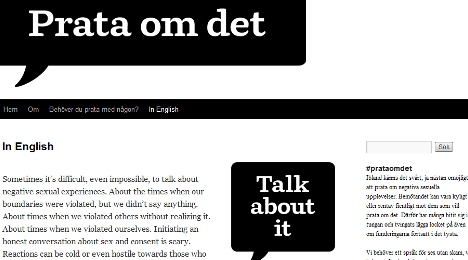 fault with Sweden’s legislation and suggested the alleged victims’ claims might be politically motivated, the debate in Sweden has been more sympathetic to the women.

“It’s clear that the previous power balance — where a number of cultural personalities vouched for Assange’s innocence and the women were considered suspect — has been flipped around,” Hanne Kjöller, an columnist with Sweden’s Dagens Nyheter daily wrote Tuesday.

She insisted the preliminary investigation files leaked onto the internet last week “clarified the picture significantly,” claiming the files provided “evidence to support the women’s claims while Assange stands alone with his version.”

“The two women who went to the police with the accusations against Assange, they didn’t perceive him as threatening … but on the other hand they were offended and felt he didn’t respect their integrity,” he told AFP.

The leaked files for instance detail how one of Assange’s alleged victims, described in British courts as Miss W woke up to find Assange having sex with her without a condom after she had repeatedly insisted he use one.

“‘She asked immediately: are you wearing anything?’ and he answered ‘you’,” the files showed.

“She told him ‘You better not have HIV,’ and he answered ‘Of course not’.” After that, Miss W. allowed the intercourse to continue.

The Local reported back in December that details of the case had spurred freelance journalist and author Johanna Koljonen to describe a similar experience she had had on Twitter, sparking a massive debate on the “bedroom grey zones” on the microblogging site under the hashtag #prataomdet (#talkaboutit).

Koljonen has said she started discussing the issue shortly after Assange was taken into custody in Britain in December on an international arrest warrant related to the Swedish allegations.

She wrote a column in Dagens Nyheter explaining how she had been “tweeting with a friend on the Assange case and bedroom grey zones” when she was reminded of a similar experience she had had when she was younger.

“It hit me, I tweeted, that there is a structural problem in rape legislation,” she wrote in a column, explaining how it was difficult to draw the boundaries of assault.

“We have to talk about it,” she tweeted.

Hundreds of people pitched in with their own detailed descriptions of negative experiences in the “grey zone”, and mainstream media, internet sites and blogs followed, with the debate merging into a broader public discussion on what constitutes sexual assault and rape.

“It can be very difficult to talk about such things, but it is very important we learn to do so,” added Israelson, one of many in Swedish media to blog on the phenomenon.

The hashtag “was valuable in its own right, regardless of the whole Assange case and whether he is innocent or not,” said Rebecka Aahlund, a freelance journalist who recently authored a column describing the phenomenon as “a door-opener for talk about sex.”

speculating on the case and there were a bunch of strange rumours flying around about the women,” who made the allegations against Assange, she told AFP.

“The most common kind of sexual assault is among people who know each other… and to open up a discussion around that is really important,” she said.