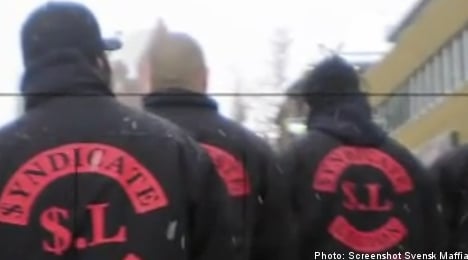 According to the foster father, the young man, identified as Victor by TV4, did not realise the implications of his participation in the six-part documentary series Swedish Mafia (Svensk Maffia), currently airing on Thursdays.

After changing his mind, he unsuccessfully tried to have all references to him cut from the programme. However, the channel chose to broadcast the episode on Thursday and showed the young man’s name and photo.

He was described as a gang member in the programme about criminal gangs. Three days later, he was found dead and is believed to have committed suicide following a pill overdose.

“It caused him a great deal of anxiety when it was broadcast,” the foster father told Aftonbladet on Wednesday.

He added that his son did not understand what the programme was about. When he realised that it was about crime, he no longer wanted to take part. He then wrote a letter to Swedish television production company Strix Television, in which he indicated that he would no longer participate in the programme.

Strix was founded and is chaired by Swedish journalist Robert Aschberg. He regrets what has occurred, but does not believe that the company has made any mistakes.

“We have acted entirely properly. That this has happened is a tragedy,” Aschberg told the Aftonbladet daily on Wednesday.

When asked by The Local on Wednesday whether TV4 will continue to air the show on Thursday, as well as the remaining episodes, press officer Magnus Törnblom responded that the network’s plans are currently unclear.

Fredrik Lundberg, editor-in-chief of TV4 and Lasse Wierup, editor of Swedish Mafia, said in a statement released on Wednesday that they met Victor, a native of Stockholm, in early 2010 through a self-help organisation for former criminals.

Several months earlier, he was convicted of robbery and attempted robbery. The verdict was of the opinion that he had psychiatric problems, but did not suffer from serious disturbances.

The week before the programme aired, a female relative of Victor’s called Strix Television after having read an article in DN, saying that he did not realise it would not be in his best interest to participate and that he was incapacitated.

Strix responded that they had no way of determining his clearance and that as an adult, he had consented to his appearance. The relative requested a copy of the requested material on DVD, which was granted, but only to Victor as a participant.

The same day, on January 31st, Victor went to Strix unannounced looking for a reporter who was unavailable. He left a handwritten note asking that his face be pixellated and that he not be named.

The programme aired as schedule on Thursday. On Monday, Strix received learned that Victor had died.

Police are currently investigating the circumstances surrounding the death, the editors wrote. A forensic investigation has begun and is expected to be completed in the spring.

“In the meantime, we can only conclude that there are no concrete signs that Victor decided to take his own life in connection with TV4’s publication,” the editors wrote.