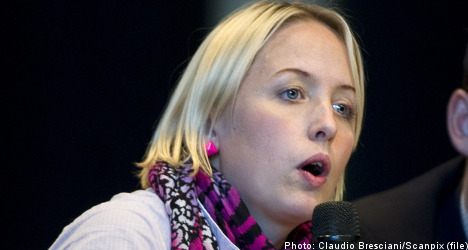 In it, the Social Democrats are described as a party with poor self-esteem that has lost the initiative in policy debates and engages in “navel-gazing introspection.”

The party is a closed world that does not engage the surrounding world with interest, the report continued. The working group described the attitude as “destructive” and suggested a number of proposals for how the party could improve itself.

One proposal is giving members greater influence through membership ballots for both personnel and issue-related matters. Another suggested measure is to make the leadership nomination process more transparent.

The group also wants to trim the party’s executive board, currently numbering nearly 50. According to the working group, the current system does not function as an effective decision-making body and results in the creation of smaller informal groupings.

The Swedish Social Democratic Youth League (Sveriges Socialdemokratiska Ungdomsförbund, SSU) welcomed the proposals. However, it wanted to go even further in terms of power sharing and elections for party leadership.

“The Social Democrats need a new reform programme for the organisation with more openness and a sharing of power. We cannot have representatives who sit 20 years in parliament,” SSU Chairwoman Jytte Guteland wrote in a statement on Monday.

“The SSU wants to see term limits for all elected officials within the Social Democrats,” she added.

The SSU demanded that “more young and new people” get seats in the party leadership and that the extraordinary congress next month will also select a new executive committee and a new party board.

The commission was set up after the Social Democrats’ worst election showing since 1914 in September 2010.

Other groups have analysed the party’s policies, election, idea debates and surrounding analyses. The findings will be presented on Tuesday.

At the same time, a new opinion poll conducted by United Minds and published in the Aftonbladet newspaper on Monday showed that support for the Social Democrats continues to sag.

According to the survey, only 25.6 percent of voters currently back the Social Democrats, a loss of nearly one in five voters since the election in September 2010 and a 1 percentage point drop since the previous poll.