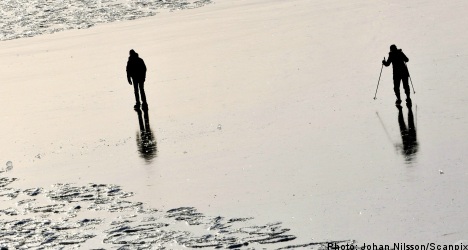 Skaters brave the ice on Vättern on Monday afternoon

The association had decided to relocate a hovercraft from Halland on Sweden’s west coast to the island of Visingsö in the southern part of Vättern over the weekend for safety reasons.

The vessel complemented another hovercraft from Vadstena on the northeastern shore of the lake southwest of Motala on Sunday. The decision to move the hovercraft to central Sweden about 30 km north of Jönköping turned out to be timely.

On Sunday, the hovercrafts were called for repeatedly. The rescue service of Jönköping reported at least six cases involving 10 people falling through the ice.

“It could have been more,” said fire chief Jan Callas on Sunday.

The hovercrafts participated in all of the rescue operations. Many of those who fell into Vättern suffered from hypothermia.

Over the weekend, the hovercrafts participated in about 15 rescues involving individuals who fell through the ice, as well as people who had fallen and injured themselves on the ice.

“Emergency services have gotten a lot of help from the Swedish Sea Rescue Society’s hovercraft, which was docked in Jönköping on Sunday. We urge everyone to exercise extreme caution on the ice, whose thickness varies greatly,” the society wrote on its Facebook page. 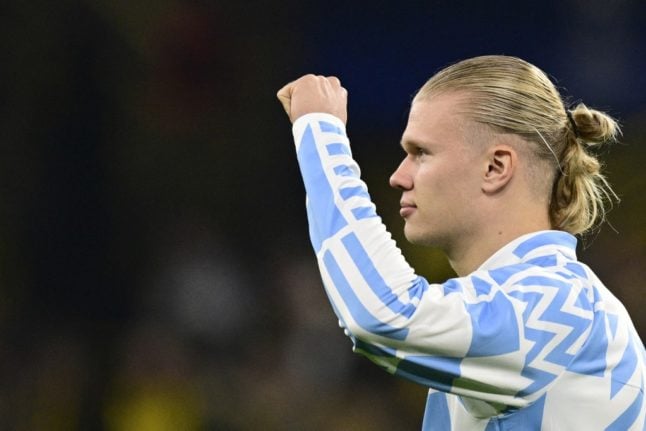 POLICE
Four people die after falling through the ice in Sweden
Url copied to clipboard!