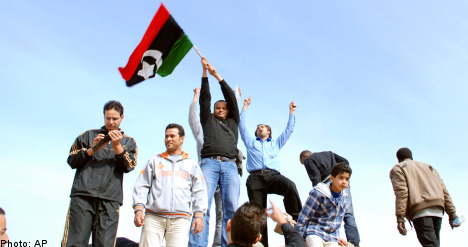 Residents wave a flag inside a security compound in Benghazi, Libya

In an open letter sent to media outlets on Monday, the embassy staff said that they gave their notice and urged others to follow suit, directly criticising the regime of Libyan leader Muammar Qaddafi.

“We, the undersigned staff of the Libyan embassy in Stockholm, condemn the

genocide that is taking place in Libya against civilians as a consequence of the legitimate demands for a life of dignity and without the despot Qaddafi’s continued misrule and corruption,” translator Sayed Jalabi and receptionist Hamid Kassem, both of Syrian origin, and secretary Abdelali Mahfouf of Morocco wrote in a letter on Monday.

“We find the situation intolerable for us: we do not want to be passive when we see that people are rising against the tyrant despite the obvious risk that they may shed their own blood. We resign in protest and urge others to make their voices heard,” they added.

Jalabi felt that he had to take a stand in light of current events.

“We would feel like hypocrites if we sat here and continued to work as if nothing had happened even though we actually support the popular protests in Libya,” he told public broadcaster Sveriges Television (SVT) on Monday.

The Libyan embassy in Stockholm could not be reached for comment.

Mouna Bakkar, the wife of Jalabi, however told AFP in a telephone interview that the three men had been employed at the Libyan embassy, with her 37-year-old husband working as an interpreter, Kassem working in the consulate and Mahfouf working as a receptionist.

Jalabi, who arrived in Sweden in 1998, had since become a Swedish citizen, as had Kassem, Bakkar said, adding she did not know whether Mahfouf had obtained citizenship in Sweden.

On the same day, protesters demonstrated outside the Libyan embassy in Stockholm, demanding the departure of Qaddafi and calling for an end to the killings.

One of them, asylum seeker Yahya Edriss, 21, learned that his 42-year-old brother Nasser Mohamed Edriss Shemi, 42, was killed in Tripoli, the country’s capital, on Sunday.

“He was shot outside military headquarters. I want to go home now and keep fighting. I am more motivated and strengthened in my fighting spirit,” said Edriss.

One of the other demonstrators outside the Libyan embassy on Valhallavägen was 50-year-old opposition activist Shaban Elgale, who disputed promises made by Qaddafi’s son during a Sunday television appearance that the country’s constitution would be reformed.

“The people have demanded that for a long time. They lie all the time,” he told the TT news agency. 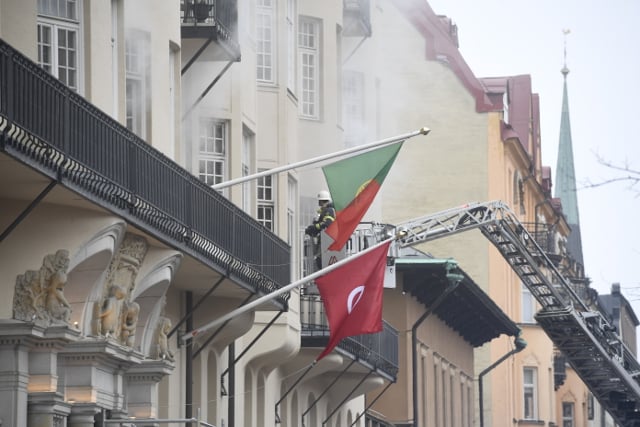 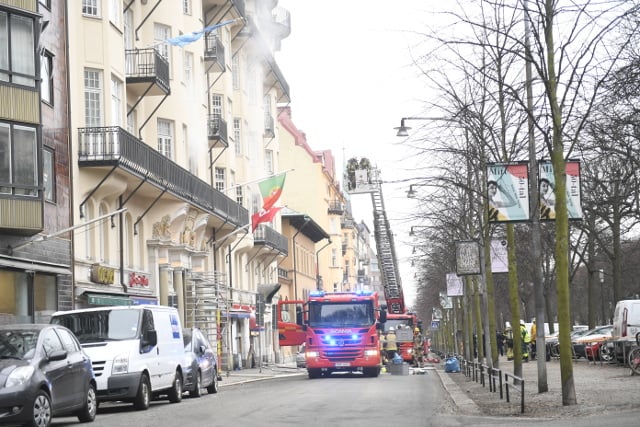