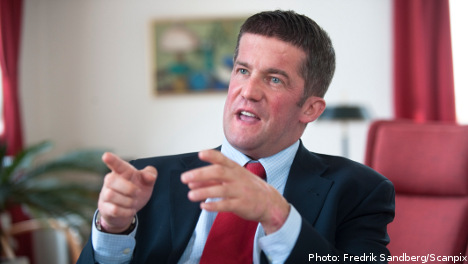 Batljan, who has most recently served on the Stockholm county council, has accepted a position as vice-CEO of a state pension fund-owned property company.

“There are of course a number of people who are going to be disappointed now. But this is how politics looks – you are part of it for a couple of years and contribute to the development of society, and then you move on,” Ilija Batljan told Sveriges Television’s Aktuellt news programme on Monday.

The 43-year-old made his name in politics while serving as chairperson of Nynäshamn municipal council and during the 2010 election was one of the most high profile figures campaigning for the party.

Following the crushing election defeat and resignation of party leader Mona Sahlöin, Batljan was named as an early contender as new party leader.

He has been critical of how the Social Democrats managed their campaign and in particular, the cooperation with the Green and Left parties. He has furthermore slammed the proposal to reintroduce property and wealth taxes.