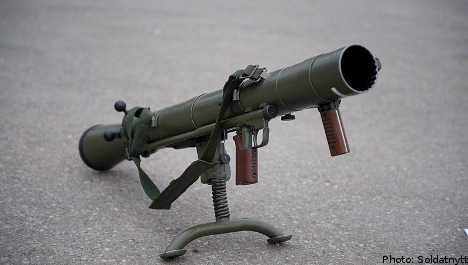 The order comprises the production of anti-armour ammunition to the Carl-Gustaf man-portable weapons system amounts to 1.16 billion kronor ($181.3¨million). Delivery will start in September 2011 and continue throughout 2012.

“The order is of large value for Saab, and is estimated to create approximately 40 new job opportunities within Saab’s production unit in Karlskoga, as well as new jobs with our sub-suppliers,” Tomas Samuelsson, Saab senior vice president, said in a statement.

In accordance with industry praxis the firm declined to divulge information regarding the customer for the ammunition.

The Carl-Gustaf M3 is system is an antitank recoilless rifle which is designed for hand-held use.

The weapon was first developed in 1947 and introduced into Swedish service in 1948. It has since been sold around the world and has featured in conflicts such as the Falklands War and Afghanistan.

Versions of the weapon are in use by armies from a slew of countries including the US, the UK, Germany, Brazil, India and Israel. British troops refer to the weapon as the Charlie G, and it also goes by the (irreverent) name of Charlie Gusto or Charlie Gutsache.