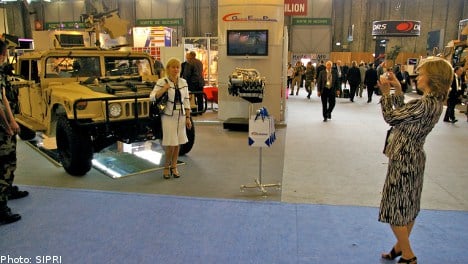 The report also highlighted how the world’s major arms supplying countries had in recent years competed for trade in Libya, and in other Arab countries gripped by the recent wave of pro-democracy uprisings.

“India is the world’s largest arms importer,” the Stockholm International Peace Research Institute (SIPRI) said as it released its latest report on trends in the international arms trade.

“India received nine percent of the volume of international arms transfers during 2006-10, with Russian deliveries accounting for 82 percent of Indian arms imports,” it said.

Its arms imports jumped 21 percent from the previous five-year-period with 71 percent of its orders being for aircraft.

“The most often cited relate to rivalries with Pakistan and China as well as internal security challenges,” he wrote.

China and South Korea held joint second place on the list of global arms import, each with six percent, followed by Pakistan, on five percent.

Since the lifting of a UN arms embargo on Libya in September 2003, Britain, France, Italy and Russia had all competed to win orders from Muammar Qaddafi’s regime, said the report.

Egypt had received 60 percent of its major arms imports from the United States between 2006 and 2010, said the SIPRI report.

during demonstrations in the country in January 2011,” it added.

Russia, Montenegro, the Netherlands and China had also supplied weapons to the Mubarak regime, said the SIPRI report.

The United States remained the world’s largest military equipment exporter, accounting for 30 percent of global arms exports in 2006-10, 44 percent of which went to to Asia and Oceania, SIPRI said.

The rest of the top five arms suppliers were: Russia, with 23 percent of the total market; Germany (11 percent); France (seven percent); and Britain (four percent).

“There is intense competition between suppliers for big-ticket deals in Asia, the Middle East, North Africa and Latin America,” said Dr Paul Holtom, head of the SIPRI Arms Transfers Programme.

He cited the efforts of the Eurofighter consortium to sell their plane across the world against rival warplanes, with competition particuarly fierce for the markets in Brazil and India.

The think tank, which specialises in research on conflicts, weapons, arms control and disarmament, was created in 1966 and is 50-percent financed by the Swedish state. 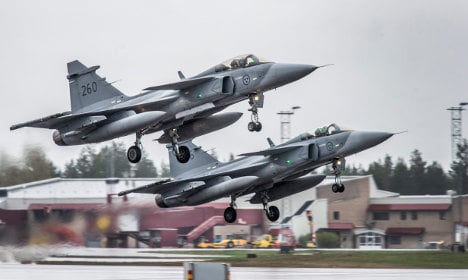