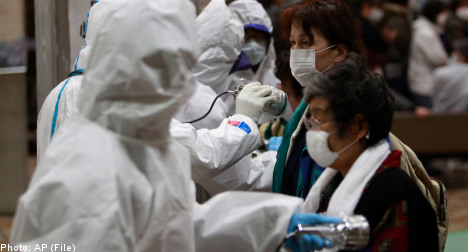 According to Bryntse, the recent events in Japan have triggered concern among Swedes regarding nuclear energy.

“They have realised that it is highly dangerous. We have more people phoning in to find out more about our campaign and how to get involved,” he told The Local.

The organisation was started in 1979 to organise the opposition to nuclear power for the 1980 referendum in Sweden.

While the group didn’t win the referendum, more than third of voters said no to nuclear power at the time.

But in recent years the Swedish public has been more favourable toward nuclear energy.

Survey data from last year from the SOM Institute at Gothenburg University revealed that 51 percent of Swedes were in favour of nuclear energy with only 31 percent against.

According to Bryntse the Swedish public has been lulled into a false security by the silence regarding the dangers of nuclear energy.

“No one has been interested to print our side of the story. In Germany, where the press show both sides of the argument, 80 percent of the population is against nuclear energy, but here in Sweden we have been turned away by all major media,” he said.

The current crisis in Japan will almost certainly change that, according to Bryntse.

The Swedish Radiation Safety Authority (Strålsäkerhetsmyndigheten) has also noted an increase in calls and traffic to their website since the accidents in Japan, according to news agency TT.

Personnel are working around the clock to keep updated about the situation and answer questions from the public.

Speaking on Tuesday during a visit to Lithuania, Swedish Prime minister Fredrik Reinfeldt said he expects an important discussion regarding the safety of nuclear power in the wake of the widening crisis in Japan.

However, he gave no indication that the government was ready to shift its current policy.

“We are all aware of the risks with nuclear power. But we must also remember that all energy production will have an impact on the environment and an effect on public opinion and this must be taken into consideration,” he said to TT.

Reinfeldt added lessons from Japan should instead help boost nuclear security worldwide, including in Sweden, which has 10 reactors.

Reinfeldt also stressed that fossil fuels are a “driving force behind climate change”, according to AFP.

“So to say that just to shift over to fossil fuel is a better solution — I would argue against, because there you will have more of the climate effects,” he added, underscoring the need to focus on alternative energy.

According to Sören Holmberg, professor of political science and director of Swedish National Election Studies at the Gothenburg University, accidents such as the one in Japan often have political consequences, although they may be short-lived.

“We had a referendum here in Sweden after the Harrisburg incident, so there are political decisions reached after these kinds of accidents,” Holmberg said to TT.

The accident at Three Mile Island in Harrisburg, USA, occurred in March 1979. The Swedish referendum took place a year later, in 1980.

The overall outcome was a plan to phase out nuclear energy in Sweden over time. But in June 2010, the year that the phasing out was to be complete, the Riksdag decided to open up for the possibility of building new nuclear power stations in Sweden.

The accident in Japan may well be the catalyst for a new start to the discussion.

On Tuesday, the Green Party called for a new debate in the Riksdag regarding the dangers and the future of Swedish nuclear energy production.

“Now, when a modern, high tech society, well-informed of the risks with nuclear energy production, has been hit by such a disaster, we need to have a new discussion and ask ourselves if we should reevaluate the decision to back nuclear energy,” Green Party spokesperson Peter Eriksson said in a statement.

According to Bryntse, it’s high time that the Swedish public takes a new interest in the campaign against nuclear power.

“There are places in Sweden where a similar accident could cause a blast equal to 15,000 Nagasakis,” he said.