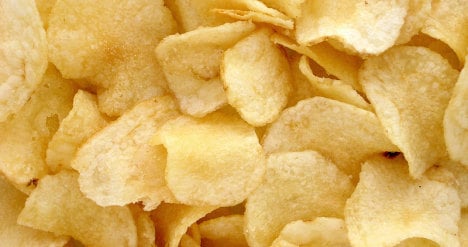 “This is a gratifying decision that the Riksdag has taken today,” Green Party public health spokesperson Gunvor G Ericson said in a statement.

“I’ve been working for the regulation of industrial created trans fats in food products. The industry has voluntarily worked to bring down the amounts of trans fats and that’s good. But now we’ll get rules that apply to all products.”

Trans fat, or unsaturated fat, is a by-product of partially hydrogenating unsaturated plant fats, which are generally vegetable oils.

The largest amount of unsaturated fat consumed today is found in processed food products, such as ready meals, biscuits, potato chips, ready made sauces and margarine.

Although medical studies from 2008 show that there may be a link between a high intake of trans fats and certain forms of cancer, it has also been suggested that the risk of developing allergies and type 2 diabetes may increased on a diet rich in unsaturated fats.

However, the research into these links is not conclusive, according to Sweden’s National Food Administration (Livsmedelsverket).

Denmark decided in 2004 to limit the allowed levels to two percent in fats and oils destined for human consumption.

So far, Sweden has left it to the food industry to self regulate in cooperation with the National Food Administration.

But many are of the opinion that this is not enough.

“The dangers of trans fats are too great to leave to the food industry to control,” Social Democrat MP Lena Hallengren said to Swedish newspaper Barometern ahead of the vote.

“We have seen that the food industry isn’t handling this. They have had every chance, but not enough has happened.”

According to the National Food Administration website, the amount of trans fats consumed in Sweden has decreased since the 1990’s – leaving Swedes consuming approximately the same amount of unsaturated fats today as the regulated Danes.

The four parties of the governing centre-right Alliance have so far been against the ban of unsaturated fats in Sweden.

Although both sides are in agreement that the use of trans fats must be limited they disagree on how to reach that goal.

Ahead of Thursday’s vote, Moderate MP Jan R Andersson argued that a complete ban on trans fats was unnecessary.

“We have come just as far as many other countries without having to ban it. This is a question of choice. Sweden has chosen self regulation and so far it has worked,” he said to Barometern.

As a part of Thursday’s decision, the Riksdag now wants the government to develop a law prohibiting trans fats in food products in Sweden.

The decision was based on two motions, one submitted by the Green Party and one by the Social Democrats.