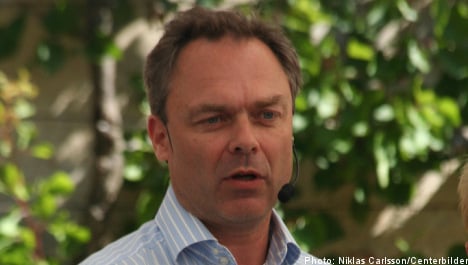 “We must be more careful to whom we sell armaments. The fact that Sweden in the 2000s has sold advanced weapons to Bahrain and Saudi Arabia is an embarrassment,” Björklund said at the party’s congress in Gothenburg on Saturday.

In a speech to the party faithful on the opening day of the congress, Björklund took up the discussion over Swedish arms exports which have courted renewed controversy of late following the wave of popular revolutions in the Arab world.

“That we have sold military equipment to Pakistan and the UAE is not acceptable,” he added.

Bjorklund wants to see the law governing arms exports changed so that sales are limited to democracies and those seeking to become democracies, and should not be permitted to dictatorships.

The Local reported earlier in March that Swedish exports of defence equipment increased in 2010 to 13.7 billion kronor ($2.15 billion), according to statistics published by the Swedish Agency for Non-Proliferation and Export Controls (Inspektionen för strategiska produkter – ISP).

The report showed that 42 percent of the country’s exports went to other European Union and European Economic Area countries.

A further 29 percent went to “established partners” outside of the EU such as Australia, Japan, Canada, Korea, Singapore, South Africa and the US.