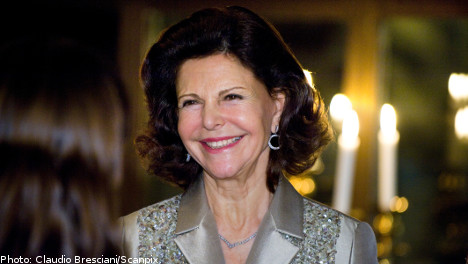 The Queen was due to join her husband King Carl XVI Gustaf for a five day visit to the African nation but the King will now complete the trip without her.

The Queen was examined on Sunday by a doctor in Paris who advised against the long flight to Botswana and recommended rest, Royal Court spokesperson Bertil Ternert said.

The trip and the programme will be implemented as planned, with the King accompanied by development aid minister Gunilla Carlsson and minister for rural affairs Eskil Erlandsson, Royal Court deputy information head Annika Sönnerberg said.

“The King and Queen receive around 1500 requests to participate or attend various events each year and try, together with the family, to cope with some 500. Cancellations are very rare, an attempt is always made to carry on,” said Bertil Ternert.

Botswana’s president Ian Khama will host the King and the ministers when they arrive in Gabarone on Tuesday morning.

The trip will involve visits to children’s villages run by Swedish charity SOS Barnbyar as well as the Diamon Trading Centre Botswana (DTCB), as well as a seminar organised by the Swedish Trade Council (Sveriges Exportråd).