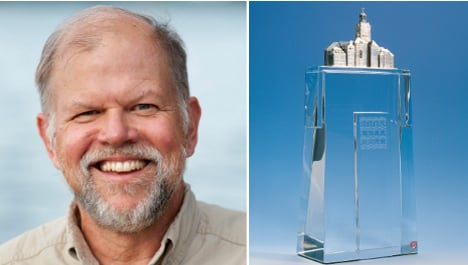 The announcement was made on Tuesday by the Stockholm International Water Institute in connection with the UN World Water Day.

59-year-old Professor Carpenter, who works at the University of Wisconsin-Madison, USA told The Local on Tuesday that he was surprised to win the prestigious award.

“There are so many great people in the water field that it is quite surprising to win. It is a great honour to be selected. It will give me more opportunities to work for improvement of freshwater ecosystems and water resources.”

Professor Carpenter is recognised as one of the world’s most influential environmental scientists in the field of ecology and the Stockholm Water Prize Nominating Committee emphasised the importance of his contribution to the understanding of how human activities affect lakes.

“Professor Carpenter has shown outstanding leadership in setting the ecological research agenda, integrating it into a socio-ecological context, and in providing guidance for the management of aquatic resources,” the committee wrote.

The award will be presented to Professor Carpenter by King Carl XVI Gustaf at a royal award ceremony in Stockholm on August 25th to coincide with World Water Week.

Professor Carpenter’s most important research is on trophic cascades in lakes – describing the process whereby impact on any species in the eco-system will cascade up or down the food chain.

His findings have led to concrete proposals for addressing eutrophication and provided a political framework for the management of freshwater resources.

Professor Carpenter told The Local that more needs to be done to increase understanding in the field.

“We need to get better at understanding large rapid changes in freshwater systems, especially ones that affect people such as droughts, floods, disease outbreaks and fishery breakdowns. We need to work on better institutions for

dealing with surprises,” he said.

The Stockholm Water Prize is a global award founded in 1991 and awarded annually to an individual or organisation for “outstanding water-related activities”. The laureate receives $150,000 and a crystal sculpture designed by Swedish firm Örrefors. 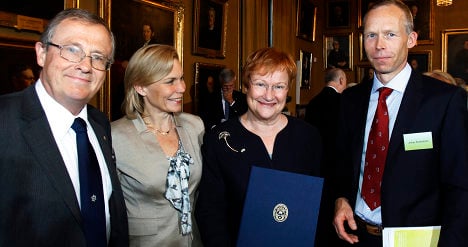