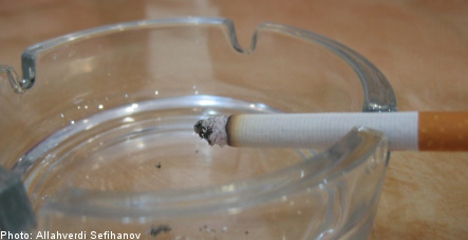 The prison had previously operated a blanket ban on smoking in the prison’s cells, citing the fire risk, something which the court last year ruled against.

The case concerned an inmate at the prison in Skänninge in central Sweden.

The court ruled that the “Prison and Probation Service should not have rejected the inmate’s request to smoke in their cell with reference only to a general decision on smoking ban in prison.”

The ruling resulted in the Swedish Prison and Probation Service (Kriminalvården) introducing guidelines which stipulated that an individual assessment has to be completed in each case.

The service also advised that an inventory of cells should be conducted to see if some could be designated for prisoners who smoke.

Following the decision to rule the Skänninge prison smoking ban illegal, the Prison and Probation Service sought the guidance of the court to see if they in any circumstances had the right to ban an inmate from smoking.