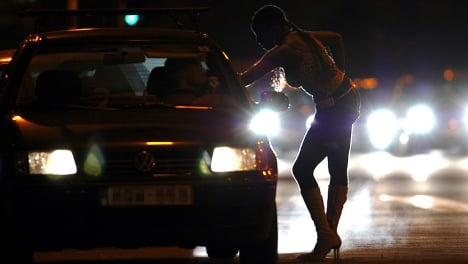 The 40-year-old based his operations in an apartment in Sundsvall, 375 kilometres north of Stockholm. He also joined the women on hotel tours, enabling them to meet clients in their own home towns as the illicit business became increasingly lucrative, according to a report from Sveriges Television’s investigative programme Uppdrag Granskning.

Former wrestler Tomas Johansson, a two-time Olympic medallist, admitted to the police that he had paid for oral sex from one of the women but retracted his confession in Wednesday night’s programme.

The other men range from 19 to 75 years old and represent a cross-section of professions and social classes.

Police were able to identify 427 suspects through phone taps and by tracking some 16,000 phone calls and text messages sent to the women’s phones. Of the suspects, 36 have confessed to paying for sex.

The pimp at the centre of the case was sentenced last year to two years in prison. He took a third of the women’s income in exchange for helping them to advertise their services and arrange meetings with clients.

Four of the women come from Africa, and the pimp continues to insist that all five prostitutes benefited from his role in the operation.

“The women sold themselves,” he told Uppdrag Granskning. “If I hadn’t helped out they would have earned maybe half the amount of money.”

Sweden criminalized the purchase of sex in 1999. It is not however illegal to sell sexual services.