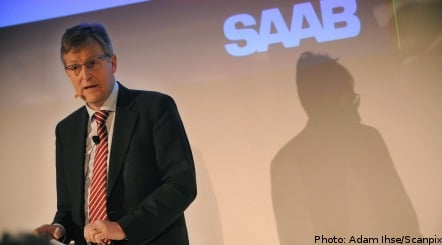 “The last three years have of course been very demanding and forced me to devote my time to one thing – my work. It is now time for me to also spend a little time with other things which have been forced to take a back seat due to my responsibilities at Saab,” Jonsson said.

“I am convinced that Saab Automobile is on the right track,” he added.

Saab’s chairperson, Victor Muller, will assume the responsibilities of the CEO role in the interim period until the AGM is held on May 19th, the firm announced.

The hunt for a new CEO has begun and Jan Åke Jonsson has agreed to continue to assist the running of the firm during a transitional period until September.

Victor Muller, whose firm Spyker Cars took over Saab in 2010, expressed “sadness” that Jonsson had decided to leave the firm which he has served for almost all of his 40 year career.

The announcement came hours after Spyker announced its net losses had

The company has sold an average of 150 luxury Spyker sports cars a year.

Two weeks ago Russian businessman Vladimir Antonov said he planned to invest some $50 million in Saab to boost its dwindling liquidity.