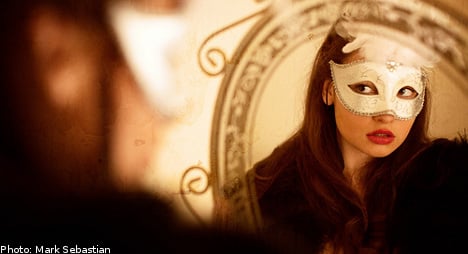 Police originally thought that a pair of young women were behind the attack against 25-year-old Tim Ögren and suspected that there may be more victims, some of whom too embarrassed to come forward.

But according to charges brought by Malmö district prosecutor Bo Albrektsson the gang consists of five men and the 18-year-old woman.

The woman is alleged to have become acquainted with her victim at downtown nightclub Étage in February and accompanied him back to his flat in the Västra Hamnen area of the city.

Once installed in the apartment, the woman is alleged to have treated Ögren to a cocktail of alcohol and medication, reported to be the sedative Alimemazine.

The illicit mix was sufficient to knock the 25-year-old out and when he awoke later the next afternoon he found his apartment to have been cleared of all valuables, including charge cards, furniture and his television.

The thieves are reported to have even made off with the hapless 25-year-old’s shoes.

The woman however made a mistake which allowed the police to track the gang – namely, she used her victim’s telephone to call her accomplices.

The five defendants were on Friday charged with aggravated robbery. A sixth man, previously released from custody, has been charged with fraud. The man is believed to have taken out money on a debit card stolen from the victim.

The woman, who only turned 18 a couple of months ago, has admitted to her role in the heist and, according to the prosecutor, has identified the other members of the gang.

In addition to the Västra Hamnen case, the teenager has also been charged with grand aggravated theft in a similar case in February after she was invited back to the apartment of a young man in nearby Lomma.

After the pair had eaten breakfast together, the man fell asleep and the woman is alleged to have proceeded to relieve him of his laptop computer, wallet, bank cards and watch.

The indictment submitted against the gang on Friday lists 13 items. One of them concerns the theft of 17 bikes valued at around 50,000 kronor in Höllviken, south of Malmö and concerns a 20-year-old male defendant.