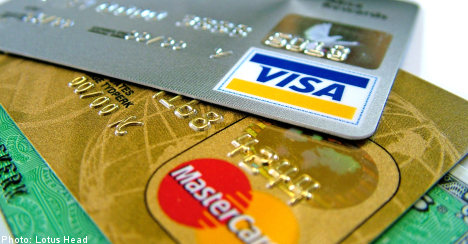 The alleged thief is suspected of taking the opportunity to pilfer a number of electronic items while his application for a refund was being processed at a branch of Netonnet on Saturday, reported the local Uppsala Nya Tidning daily.

Staff discovered the impromptu heist later that day when they noted that some boxes had been opened. After studying the surveillance film taken in the store they were able to watch how the 53-year-old helped himself to the contents of the boxes.

When the man left the store and returned home with his ill-gotten gains, he discovered however that he had forgotten his credit card at the returns desk.

The man elected that his best available course of action was to return to the store the following day to reclaim his credit card.

The absent-minded thief was however met by staff prepared for his arrival and who promptly called the police, leading to his arrest.

Police have now searched the man’s apartment and car but the stolen goods have not been recovered, the newspaper reported.