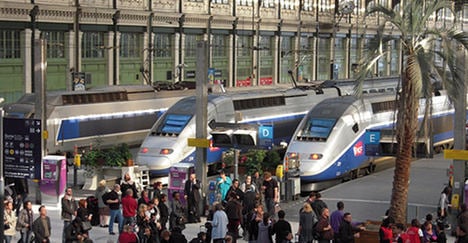 There’s no more romantic, educational or environmentally friendly way of seeing Europe than from the window of a train. A Eurail Global Pass offers unlimited rail travel through 22 countries on an extensive 220,000 km rail network.

“Travelling by train has been a great way to discover Europe at different times in my life,” says Evelyn Brown from California. She has used the Eurail Global Pass on a number of occasions and has seen how Europe has changed through the years.

“When I visited Berlin in 1971 it was a divided city. When I returned recently it was one. That was a very moving experience for me.”

Anyone at any age can sign up for a Eurail Pass, as long as they are resident in a country outside the 25 European countries that make up the EuRail network. European residents can instead purchase an InterRail Pass (to find out which pass is best for you, scroll to the bottom of the article).

Eurail and InterRail passes allow you to design your own package, stretching from 5 days to three months, with everything from a basic One-country pass to a Global one.

The extensive European train network is safe, reliable and eco-friendly.

But not only is rail travel green – it is also fun.

“I went to Italy with my boyfriend for two weeks last summer and used the InterRail One Country pass,” says Natasha Hannon from England.

“We covered Venice, Rome, Florence, Milan and Pisa. I loved it because it was easy and it gave you fantastic freedom to move. In addition, we never missed out on the incredibly beautiful landscape.”

But apart from the scenery, travelling by train is often about the people you meet on your journey.

“When visiting Split in Croatia we accidently missed the last bus back and met a very kind man who lived there. He offered to drive us back and showed us all the olive trees and lavender fields on the way and later invited us for dinner with his wife,” says Johanna Hjort from Sweden, who travelled through some gorgeous landscapes last summer.

Andy Scofield from England travelled Europe by train before starting university and managed to see 12 cities in 28 days.

“The month pass was brilliantly flexible and we often booked ourselves bunks on sleeper trains, which meant we didn’t lose precious days on trains or spend money on hostels,” he says.

Taking the train around Europe is proving ever more popular. Last year, 427,000 passengers travelled with an Eurail Pass, which is an increase of 11.9% on 2009. Most passengers are under 26, but EuRail passholders are drawn from all age groups, from children to pensioners.

Eurail Group passes (Eurail and InterRail) offer flexibility and are ideal for family holidays, students, couples; children under the age of four travel for free and those up to eleven at half price.

Travellers should keep in mind that each European country operates its own railway, there are no central Eurail or InterRail Pass trains. Schedules, timetables vary among countries. But these rail passes open as well the door to other discounts like for example reduced entry fees to museums and hotels

“It worked well travelling with the whole family and it’s definitely the best transport when you want to reach the central points,” Aishah explains.

Travelling on a single pass around Europe’s characteristic mix of dynamic cities and lovely villages has been possible since the fifties.

“It might be difficult for the people of today to understand how revolutionary it was back then but before InterRail, the only chance to see Europe was if you were rich or decided to work as a nanny,” Maud Skoglund from Sweden explains. She travelled with InterRail during a hot summer in 1972, when the discounted InterRail Pass had just become available.

“The crowded train corridors where I shared my dinner with a group of hungry Germans, the night in the coupé when the ballet dancer from Budapest told me about her life… I’ll never forget those magical moments, and even though airlines offer ridiculously cheap tickets these days, it’s exactly those kinds of random meetings you miss out on,” Maud adds.

Sometimes, however, the best of times abroad can be in your own company, says Andy and recalls a night on a Paris Hostel roof top.

“It was at about halfway through the trip and it was great to sit down with my diary. I was reading back through the past few weeks and planning our next moves. It was a while before I realized that I was reading by the light of the Eiffel Tower.”

Which Pass is right for me?

Eurail passes are exclusively for people who are not residents in Europe.

Saver passes: People travelling in groups of 2-5 people can get discounts by buying a Eurail Saver Pass for the whole group. Saver Passes are available for Global Passes, Select Passes and most Select and One Country packages.

Youth passes: these discounted passes are available to people under 26.

InterRail passes are exclusively for people who are residents of a European country; the pass may not and may not be used for travel in the country of residence. There are two kinds of InterRail passes:

Youth Pass: available for people who are under 26 on the day they start travelling.

Senior Pass: People aged 60 and over can get discounts on the InterRail Global Pass.

For more information, visit the links below.