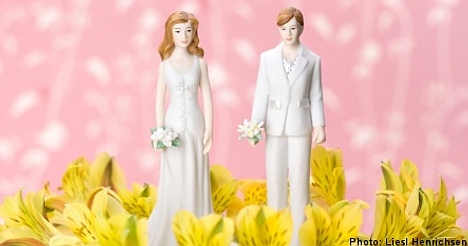 Despite sharing parental leave, a lesbian couple in Malmö never received a letter from the Social Insurance Agency (Försäkringskassan) to apply for the government’s gender equity bonus.

Now the Malmö couple has filed a complaint against the agency with the Swedish Equality Ombudsman (Diskrimineringsombudsmannen – DO).

“We have shared parental leave equally and thus hoped to receive the gender equity bonus,” the women wrote in a complaint they sent to DO on March 1st, 2011.

The gender equity bonus is designed to encourage parents to share parental days more equally. Parents who share the same number of days can receive a maximum bonus of 13,500 kronor ($2,150) in the form of a tax rebate.

According to the letter, the couple had a daughter in May 2009 after one of the women was inseminated in Denmark in 2008.

In February 2009, they applied for proof of parenthood so that the adoption application could go through as quickly as possible. But the adoption process dragged on and was not approved until February 2010.

The biological mother of the child took maternity leave from May to January of 2009. Her partner took over from February to September 2010. They then shared parental leave together during the rest of the autumn.

“We believe we’ve been discriminated against because we have the paperwork proving we’ve had a child together, gone through with the process of proving parenthood (already before the child was born), and applied for adoption as soon as possible (in other words when the child was born),” the couple wrote in their complaint.

The couple said the Social Insurance Agency provided inadequate information and that “they didn’t really seem to know what applied”.