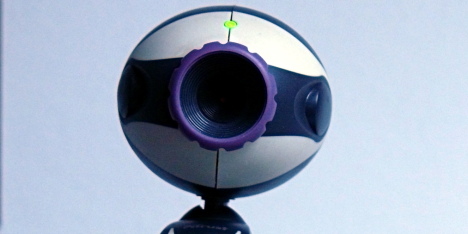 Students from Kronoberg School in Växjö were examining a small hole in the ceiling of a student break room when they discovered a small camera behind it, the local Smålandsposten newspaper reported.

“At first he blamed the janitor, but then he really started blushing,” a student told the newspaper.

Eventually, Möller confessed that he was the one who had installed the hidden camera.

He defended his actions by explaining that he had set up the surveillance device in order to figure out who was uploading pornographic images on the break room’s computers.

“If you want to talk about an invasion of privacy, the fact of the matter is that a 12-year-old girl has been forced to see homosexual material,” Möller told the newspaper.

He added, however, that he felt his actions were justified saying he was “aware of the risk”.

“It was to protect the majority, so that the kids can have their computers and so that the girls don’t have to see graphic pornographic images,” said Möller.

When asked why he at first lied to the students about who installed the camera, Möller claimed he was simply “joking with them a little bit”.