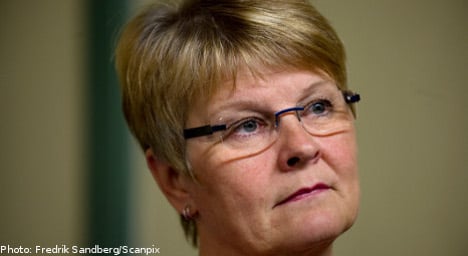 After ten years in the position at the head of the party, which is part of the Alliance coalition government, Olofsson has periodically come under fire since the poor showing in the 2010 general election.

Some within the party wanted her to leave in the autumn after the election fiasco which saw the party narrowly sneak into parliament above the 4 percent threshold.

Olofsson has herself persistently waved off calls for her departure by saying that she will stay as long as she considers it fun.

The party holds its annual congress in the autumn and has decided to organize an extraordinary meeting in 2011 in order to adopt a new party programme.

Abir Al-Sahlani on Wednesday openly called for Maud Olofsson to resign in September.

“I think basically that Maud has completed a huge amount of work within the party but the party executive has said that we are to begin a process of renewal and I don’t think that we can simply dump this in the lap of a new leadership in the autumn 2012,” she said.

“It’s not about confidence in Maud Olofsson, it is about the need for new energy in the party,” he said.

Like Al-Sahlani he referred to the decision to develop a new party platform.

“The new leader must have a say in the matter,” he said.

Federley warns of “a classic center-case scenario, where a party leader clings to power for too long and is eventually forced out. This happened with both Thorbjorn Falldin and Olof Johansson, causing a great deal of bitterness, Federley said.

The Centre Party Youth League (CUF) has also voiced support for a change in party leader, but has not said when it will happen.

“We want a new party leader in the elections in 2014, but we have not said whether this will happen in 2011 or 2012. But the new leader must have plenty of time before the election,” said CUF’s chairman Magnus Andersson.

“The most important thing is that we don’t make the classic Social Democrat mistake of talking only about people, but we also have to talk about political content, vision and communication,” he said.

Maud Olofsson responded to the discussion over her future through her press secretary Johanna Martin on Wednesday that she “is the party leader as long as she thinks it’s fun and as long as she feels that she has the confidence of the members”.

Olofsson, who is currently in Abu Dhabi at an energy ministers meeting, said that both criteria still apply even after the latest demands for her to resign.

“It is natural that there is a discussion.. and that Maud Olofsson has nothing against,” Martin said.

There are no lack of successors and the main challengers for the post are all women.

Best placed is reported to Annie Jahansson, 27-years-old from Värnamo. She was elected to parliament in 2006 and quickly became one of the party’s leading profiles. Her most recent post was as chair of the post election analysis group.

Another candidate is Anna-Karin Hat, secretary of the coordination office during the last parliament and was after election appointed to the post of IT minister – Hatt is considered to be Maud Olofsson’s personal favourite.

MEP Lena Ek is another personality that is mentioned. Ek competed for the post of party leader when Olofsson got the job. 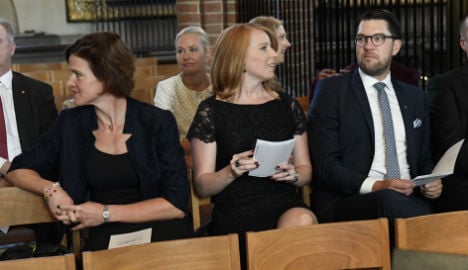 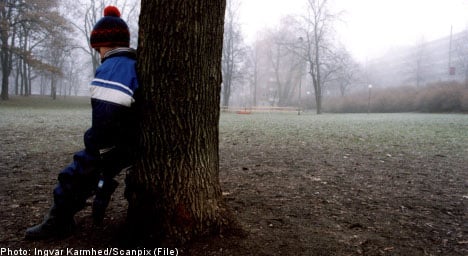