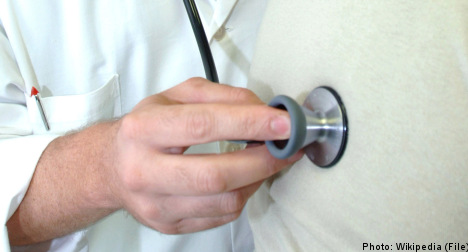 The incident in question took place in March 2010 when the woman approached her local clinic complaining of stomach pains.

In her report to police, the patient claimed the 49-year-old physician first listened to her heart before then stroking her breasts in a manner which she found uncomfortable. He then proceeded to examine her rectally and vaginally.

As the woman was set to leave, the doctor then moved closer. But instead of giving the patient a hug, the doctor instead kissed her on the mouth.

When the woman resisted, the doctor then allegedly tried to kiss her again using his tongue.

The doctor has continually denied the patient’s allegations.

The court found testimony given by the doctor and the patient to be credible, but had doubts about the account given by a witness who explained how upset she was when she saw the physician kiss the woman.

According to the court, the witness’s testimony lacked detail and was too vague to merit a conviction, and thus acquitted the doctor of all charges, the local Östersunds-Posten newspaper reports.

Following the ruling, the doctor can continue practicing and his accuser won’t receive any compensation.