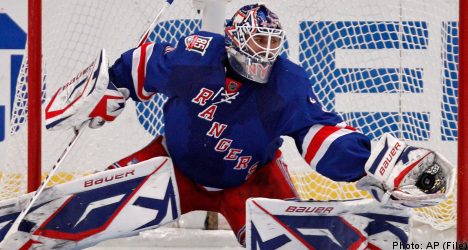 Swede Henrik Lundqvist in goal for the New York Rangers

Berlin and Helsinki will complete the tour of matches and welcome the NHL stars in what is becoming a traditional curtain raiser for the NHL season.

will play two games each in Europe.

Sabres and Ducks play the same day in Helsinki, Finland.

The next day the Ducks and Rangers square off in Stockholm, while the Sabres and Kings will face off in Berlin’s new 02 World Arena.

The format is a change from the old system where teams played each other in the same venue two times.