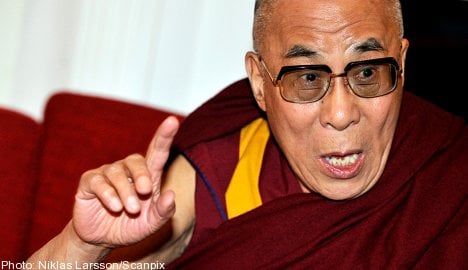 Happy but tired he faced the waiting press.

“I am very pleased to be here, but today I have been unlucky,” he said about the delay, according to the TT news agency.

Usually, he told the waiting journalists, he retires to bed at 7pm in order to rise for morning prayers at 4am.

When asked if he thought he’d ever be able to return to Tibet, the Dalai Lama said he thought the times and the situation were changing.

“I don’t expect to be able to return within a few months but I am looking optimistically at the future. Intellectuals among the Chinese have written critical articles against China’s Tibet policies and are aware that the people are oppressed,“ he said to the Aftonbladet newspaper.

He also added that there have been positive indications from the Chinese prime minister.

“Though some still see me as a demon,” he laughed, putting two fingers to his forehead to signify horns.

At the age of 76 the Dalai Lama feels that it is high time to retire.

“I think it is time for a change. I will freely end this 400-year-old tradition,” the Dalai Lama told the newspaper, referring to the long-standing custom of the Dalai Lama remain the leader of Tibetan Buddhism until his death.

He added that he only wants to be the spiritual leader of a democratic and independent Tibet.

The Dalai Lama is the highest leader of Tibetan Buddhism. He has been in exile from Tibet since 1959. This is his tenth official visit to Sweden. Considering his plans to retire, it may also be the last.

While in Stockholm he is planning to visit the Nobel Museum, hold a speech at Södertörn University College and attend a meeting organised by Swedish aid organisation Individuell Människohjälp (IM).

The Lama has been invited to Sweden by the organisation whose chairperson, Håkan E Wilhelmsson, is also the dean of Lund Cathedral, where the Dalai Lama will speak on 16 April.

IM has had a long cooperation with the Dalai Lama, ever since they offered him support after his flight from Tibet after the invasion by Chinese forces in the end of the 1950s. 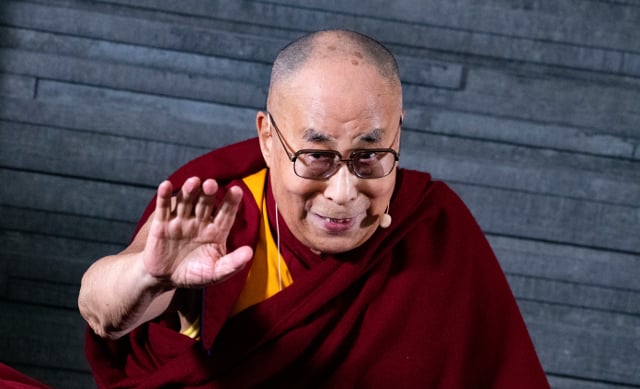 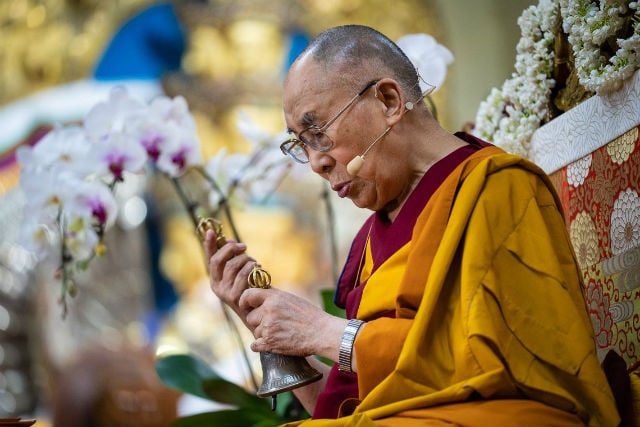