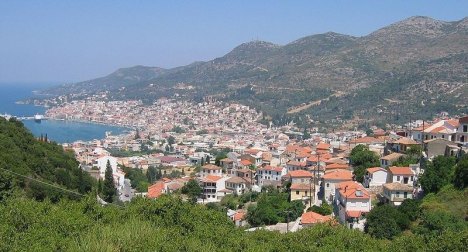 Greece is a popular holiday destination for Swedish tourists

Another Swedish woman has come forward telling the story of how she was mistreated after reporting a rape on the island of Kos in 2002.

Last week the case of ‘Anna’, who was told she was trying to cash in on a special Swedish ‘rape insurance’ after reporting a rape in 2008, kicked off a media storm in Sweden.

The second woman, ‘Maria’, told Swedish broadcaster TV4 that she was forced to go out and scan the streets for the man together with police after reporting the incident.

After he had been apprehended she was made to sit in the same room as him and his girlfriend, according to TV4.

As the man denied the charges, Maria was countersued shortly after. She then spent 48 hours locked in a cleaning closet at the station, after the police initially wanted her to be locked up with ten male detainees.

Just as in the earlier case, Maria was told that she had made a fake claim in order to cash in on insurance.

“The Greek police said that I made it up to get money, but I haven’t had any money from anywhere,” she told TV4.

Back in Sweden the letters started coming with summons to Greece. For eight years she had two letters a year. The latest came in 2010.

“You get really worn down, because it just goes on and on. I am trying to put it behind me, but I can’t,” she said to TV4.

Maria told TV4 that she doesn’t dare going back to Greece to give evidence. She still has nightmares, she said, but is telling her story in order to help others.

Anna’s story was aired on TV4 last week. After watching the news on TV, Jan Tordsson from Växjö sent a protest letter to the Greek embassy in Stockholm.

“On the contrary my friend, it is you who should be ashamed over Swedish womens’ behaviour, on vacation in all parts of the world and with what they do with foreigners in their own country,” was the answer he received by a distinguished diplomat.

After news of the letter leaked out, the Greek ambassador to Sweden fired the diplomat. According to the press secretary, his views and conclusions about Swedish women were not shared by the embassy.

Alexandra Pascalidou, a Swedish journalist and TV presenter of Greek parentage said in newspaper Svenska Dagbladet (SvD) that the comments of the Greek diplomat were “embarrassing and prejudiced”.

“It is incredibly embarrassing, unprofessional and prejudiced. You can’t really say more than that. It is as stupid as it can be, really,” she said to SvD.

According to Pascalidou, the view of Swedish women as promiscuous stems from the first tourist invasions of the 1970s and 80s.

But things have changed radically over the last decades and the view of the sinful Swedish woman is generally only rife among the older generation, she said.

“There is a lot left to do – both in Greece and in other Mediterranean countries. These things are very deeply rooted and are a part of that generation,“ Pascalidou said to SvD.

As a woman with Greek roots she is very critical about what has happened to the Swedish women in Greece, and is hoping it will open up for a dialogue on these issues in the country.

But at the same time she questioned why Swedes expect other countries to extradite to Sweden, like in the Assange-case, when they are so sceptical of extraditing any of their citizens to Greece.

“If the judicial system in Greece was as poor as it has been portrayed in the Swedish press, the country would surely have been kicked out of the EU long ago,“ Pascalidou said.

She also pointed out that the newspaper, which ran the story on Swedish rape insurance, was a small local paper in the city of Chania on the island of Crete and not one of the national papers.

A group of Swedish-Greek citizens also wrote an article in Svenska Dagbladet over the weekend urging the Greek ambassador to apologize for the incident.

“We can’t judge in the legal case. But we can condemn the statements made by officials and the view on women shown in Greek press. This is not the Greece we are proud of,“ they wrote in SvD.

The Swedish reactions to the second woman’s story have been strong. After Swedish TV4 news ran the story on Tuesday night many viewers wanted to comment.

“I think I am going to forget about ever going to Greece. It is so backwards about things,“ one viewer tweeted.

“We are cancelling our trip to Greece. Shame on you for your views on women,” another wrote.

Others were not in favour of boycotting Greece.

“I feel bad for these women but terrible things happen all over the world and I don’t think it is grounds to shun an entire country,” one viewer commented.

Attempts by The Local to get a comment on the matter from the press department of the Greek embassy in Sweden were unsuccessful. 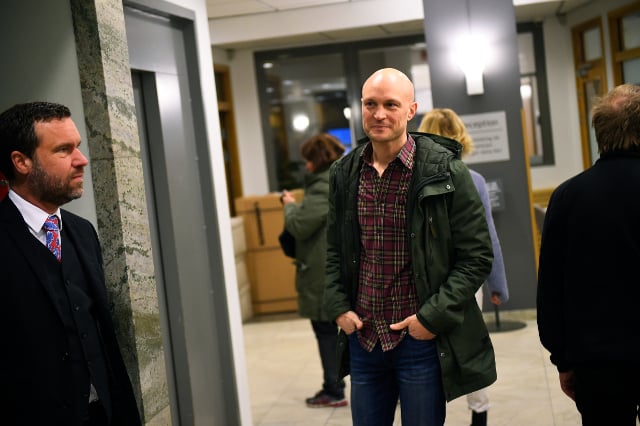 IMMIGRATION
‘I made a deal with my conscience’: journalist on trial for helping refugee boy 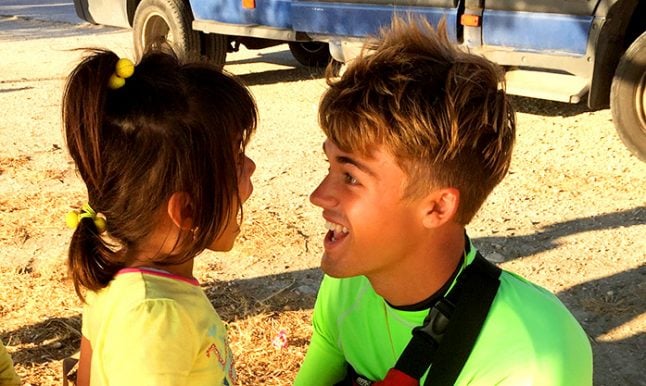 IMMIGRATION
‘History will record how everyone reacted to the Syrian tragedy’
Url copied to clipboard!