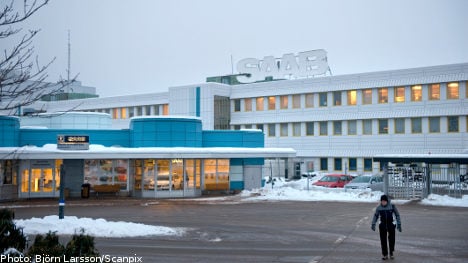 “Frustration is growing around Saab and the decision anxiety that prevails within the EIB. If nothing happens this weekend, there will be lay-offs,” Svenåke Berglie, the president of FKG, a subcontractor’s trade association, told the TT news agency.

He says subcontractors have waited for this first step to save Saab.

The first step is to let Saab chairman Victor Muller’s friend, the Russian financier Vladimir Antonov, buy Saab’s real estate company and then lease it back to the company. That would free up $44 million that the company needs to solve its outstanding payment to suppliers.

The Swedish government has approved the deal as long as it satisfies certain requirements.

The Chairman of FKG, Christer Palm, told TT that Saab’s situation is very acute. “Antonov’s money is worth its weight in gold to strengthen the company’s working capital,” he said.

Last year Saab sold just over 30,00 cars, down from its original forecast of between 50,000 and 60,000. The cash-strapped copmany’s factories in Trollhättan have been idle since the end of March as the company tries to find a way to pay its suppliers.

Both Berglie and Palm agree that this first deal that needs to be approved by the EIB is only a beginning.

“This won’t be enough,” Berglie told TT. “Long-term financing needs to be secured.”