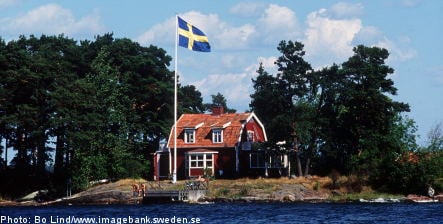 Southern parts of the country can expect the best temperatures in coming days, with many expecting to enjoy 20 degrees. In Stockholm meanwhile 18-20 degrees is forecast today and Tuesday and it should rise further towards the end of the week. The May Day weekend also looks very promising according to meteorologists.

A belt of high pressure will remain over Scandinavia and bringing plenty of sun and maybe some wind. It looks like it will be a nice weekend,” Solbjørg Apeland, a meteorologist at the Weather Service Storm told TT.

If there is a possible dark cloud over the horizon though it comes in the form of the ozone layer. The high pressure means that the layer will be much thinner, putting sun worshippers at risk if they do not take precautions.

Experts point out that despite the somewhat extreme heat in some places, the UV index should be around 4, which is not higher than usual at this time of year, and much lower than in the summer when it can rise to 7 or 8.