Following the attack on the World Trade Centre in New York in September 2001, the US military was bombing targets in Afghanistan with the aim to force out Osama bin Laden.

Ghezali, who was in Afghanistan at the time, was arrested when trying to exit through Pakistan and turned over to US military.

He was later taken to a prison camp located on US military base on Guantanamo Bay, Cuba where he remained for two years without being formally charged with anything.

The documents made public by WikiLeaks and reviewed by the Aftonbladet and Expressen newspapers reveal that Ghezali was kept at the prison camp to “give general and specific information of the cultural, religious and ethnic recruitment of foreign nationals participating in the Hajj pilgrimage in Saudi Arabia”.

The WikiLeaks papers also show that the US wanted Ghezali to be kept in Swedish prison upon his return to Sweden, according to Aftonbladet.

According to the documents, the US military considered the Swede of “medium-high intelligence value” and that he constituted a medium-high risk because he “posed a threat to the United States, its interests, and its allies”.

Ghezali was released from Guantanamo and arrived in Sweden in 2004.

A Pentagon statement at the time said that there were various reasons for Ghezali’s release, including the fact that he had no information of interest to American intelligence services and that he had not committed a crime that could be proven in a military court.

In 2009 Ghezali, along with two others, were again arrested in Pakistan.

After spending more than a month in the custody of Pakistani officials, Ghezali and the other Swedes were released.

No terror charges were ever filed, although Ghezali was cited for entering the country without a proper visa. 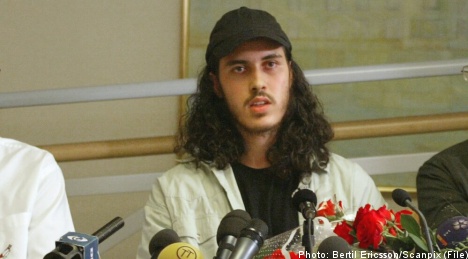 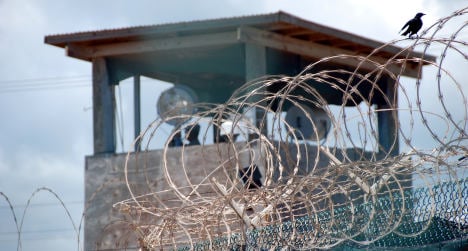 31-year-old Ghezali has meanwhile spoken of his wish to put his experiences in the Cuba-based prison behind him and ‘move on with his life’.

On Tuesday Swedish newspaper Aftonbladet announced that they would publish details regarding the Swedish Guantanamo detainee Mehdi Ghezali in cooperation with WikiLeaks on Wednesday.

But rivals Expressen beat them to it and published the documents on Tuesday afternoon, something which drew comment from WikiLeaks Swedish agent Johannes Wahlström on Wednesday.

“I can only congratulate the journalists that got the scoop, it is just a pity that they are wasting their talents on a corrupt and politicized paper like Expressen,” he told Swedish trade paper Resumé.

According to Resumé, WikiLeaks have taken a hostile stance to Epressen since they revealed that the WikiLeaks founder Julian Assange was suspected of rape in Sweden.

WikiLeaks believe that enemies of the organisation ‘leaked’ the Ghezali information to their rivals in order to sabotage Aftonbladet’s scoop.

Expressen’s editor in chief Thomas Mattson doesn’t want to reveal how he came over the documents.

“But it is interesting and perhaps even a little entertaining to see that WikiLeaks once again via Twitter is trying to describe Expressen as a ‘right wing tabloid’” he told Resumé.

Meanwhile, Mehdi Ghezali just wants to get on with his life.

He doesn’t know what to think about the American papers being made public.

“Maybe it is a good thing that the truth finally is revealed but I don’t know. I really just want to get on with it,” he said. 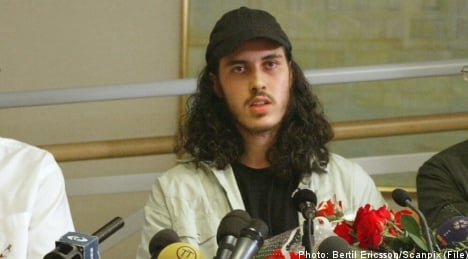