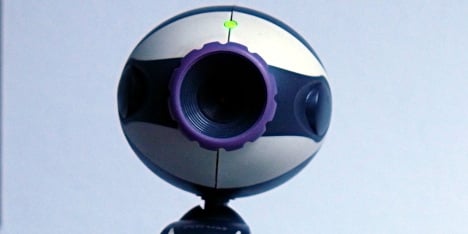 The cameras were installed in February after officials from Swedish national rail operator SJ noticed significant shrinkage in the stocks of liquor, beer, food, and candy found on several restaurant cars, the Metro newspaper reports.

The cameras were put in place immediately after the trains were taken out of service and before they were moved to the depot in Hagalund, Solna, but were removed again before the cars were put back in service.

Following the camera’s installation, ten members of the train’s cleaning crews were caught in the act, with one suspect being recorded literally wiping the shelves clean and depositing the booty into a large plastic garbage bag.

“We’re talking about thefts of a significant amount over the course of a year,” SJ spokesperson Dag Rosander told the newspaper.

The ten cleaners have now been reported to the police.

However, union representatives have complained that SJ lacked a permit to install hidden surveillance cameras in the workplace.

Many people unrelated to the investigation were also caught on the nearly 50 hours of footage gathered in SJ’s quest to unmask the restaurant car thieves.

As a result of the union’s privacy violation concerns, Sweden’s Data Inspection Board (Datainspektionen) is set to review the matter.