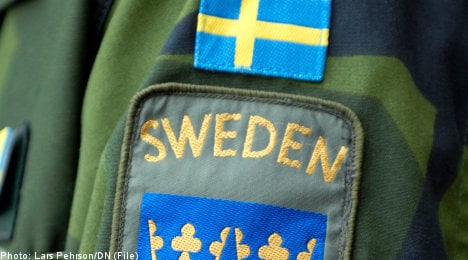 “Bastard Afghans, bastard Iranians, go home!” screamed one of the soldiers, according to the local Eskilstuna-Kuriren newspaper.

The attack, which took place in the summer of 2009 between a platoon of national guard troops and seven campers, stemmed from a dispute over which group should be allowed to sleep in a shelter along the Sörmlandsleden hiking trail.

Following the initial disagreement, the soldiers decided to exact their revenge by returning to the campsite in their canoes under the cover of darkness in an attempt to intimidate the unsuspecting campers.

Under questioning following the incident, the soldiers admitted they were intoxicated and in uniform when the carried out their ambush on the unsuspecting campers.

Three of the men in the Home Guard platoon have now been charged with assault, according to the paper.

Despite the charges, the Swedish Armed Forces have no plans to discipline the soldiers any further.

Sweden’s National Home Guard is a part of the Army, serving as part of the country’s national territorial defence.

The volunteer Home Guard troops undergo three months of basic training, after which they are expected to train an additional 20 hours per year.

The primary role of the Home Guard to protect vital infrastructure against attack or sabotage, as well as assist in case of civilian disasters.

According to the Armed Forces website, there are currently around 30,000 active Home Guard soldiers in Sweden.