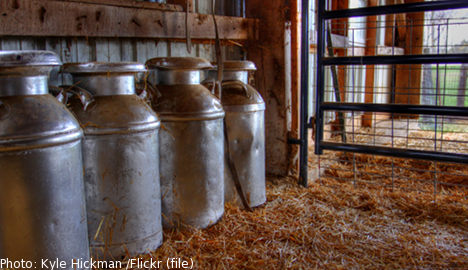 According to Sweden’s Equality Ombudsman (Diskrimineringsombudsmannen – DO), the woman deserves to be awarded damages of 300,000 kronor ($48,252) from the National Employment Agency (Arbetsförmedlingen) after they had advised the farmer not to employ her, causing her to lose out on a full-time job.

The woman had been assigned a traineeship at the milk farm via the Employment Agency in 2009.

While working at the farm, she expressed her desire to continue as a full-time employee. But when she told the farmer she had suffered a miscarriage in May 2009, her employee terminated her traineeship.

In subsequent conversations, which the woman recorded, the farmer said he didn’t want to hire someone who wanted children because of the complications and expense involved in finding a replacement during parental leave.

The woman took her case to DO, which represented her in a hearing before the Swedish Labour Court (Arbetsdomstolen – AD).

In January, the court found the farmer guilty of breaking Sweden’s discrimination laws as well as the country’s parental leave laws and ordered him to pay the woman 30,000 kronor in compensation.

During the proceedings, the employment officer who assigned the woman the traineeship said he would have never offered her the placement had he known she was pregnant.

The officer also admitted under oath that he had actively advised the farmer against employing the woman, saying that the environment was ‘too dangerous’ for a pregnant woman.

As a result of the man’s statement, the woman also reported the National Employment Office to the Equality Ombudsman for discrimination.

According to the Ombudsman the Employent Agency have treated the woman unfairly and they are demanding damages of 300,000 kronor.

The large amount, the Ombudsman is hoping, will be a ‘real deterrent’ to other similar cases.

The Employment Agency was due to answer the Ombudsman by Wednesday May 4th, but they have put in for a respite.