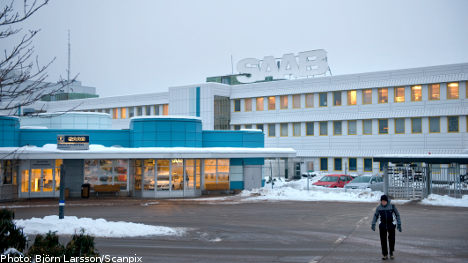 With Saab and Chinese firm Hawtai attempting to resume talks in the hope of resurrecting a deal, suppliers DHL and the IAC have warned their staff of the impending job cuts, while a third supplier Semcon, which has around 60 engineers at Saab, has withdrawn its staff and moved them on to other projects.

“It looked promising with Hawtai, but now that there is no contract, we cannot have people there that we are not getting paid for,” said Semcon’s CEO Kjell Nilsson.

Meanwhile, Svenska Dagbladet reports that they have seen an e-mail in which the Chinese automaker Youngman Automobile was prepared to pay some 200-300 million Euros as late as the end of April in cash, as an initial investment in Saab.

Daily business newpaper Dagens Industri has also pointed to the Chinese carmaker as a possible solution, although a spokesperson for Youngman said on Friday that they were unaware of any talks with Saab so far.

Despite the setback during the week, Saab Chairman Victor Muller has not yet given up hope of a deal with Hawtai. The Chinese company said that the proposed agreement broke down because of commercial and economic factors, not a lack of approvals from the government and that the interest is still there.

Finding a way to cooperate with the Saab is a top priority for Hawtai, according to a press release.