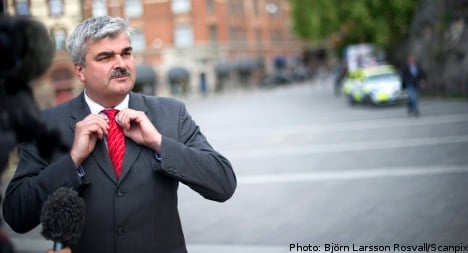 Pre-election day fears were fulfilled with only 43 percent of the electorate bothering to vote.

“This is a huge defeat for Swedish democracy. This is second worst turn out that we have ever had,” said political scientist Sören Holmberg of Gothenburg University.

Sweden’s Election Review Board (Valprövningsnämnden) announced in February that the Västra Götaland county election would need to be re-run after irregularities in the September 2010 vote.

Despite careful preparations and extra training offered to electoral officials, the re-run courted controversy after at least four people were told that they could not vote as their names had already been crossed through.

“This is the worst thing that can happen in an polling station. There will be tears and disappointment among voters and and those accepting the votes,” election head in Gothenburg, Bill Werngren said.

According to the preliminary result the Red-Greens thus claimed 73 of the county council’s 149 seats, with the Alliance parties winning 67. The Sweden Democrats claimed nine seats.

The result is expected to lead to negotiations among the parties to determine who is to govern in Västra Götaland after previous Red-Green coalition partner, the Healthcare party lost its seats on the council.

In the election re-run held in Örebro in central Sweden, the Social Democrats won a landslide win with a preliminary 47.1 percent of the vote, while the Moderates declined to 20.4 percent.