“The challenge of attaining a green economy and sustainable society is huge, but there is no alternative,” Reinfeldt told nearly 300 business people.

Reinfeldt proposed establishing a “price” on pollution and consumption of natural resources — in order to reduce emissions.

“I believe that putting a price on pollution or the use of our natural resources is the most effective way” to create a successful green economy, he said.

The plan would require commitments by major polluters such as China and the United States, he said.

Reinfeldt expressed hope that his and similar ideas would gain support at the “Rio+20” UN Conference on Sustainable Development planned for Brazil next year.

Sweden has “cut in half” its consumption of fossil fuels and oil since the 1970s, the prime minister told the financial newspaper Valor in an interview published Wednesday.

“Ethanol is part of that,” he said.

Sweden is one of the largest purchasers of Brazilian ethanol, made from sugar cane, for the Swedish mass transit system. On Tuesday, Rousseff said she spoke with Reinfeldt about a possible joint effort to produce ethanol in Tanzania.

Meanwhile, a Swedish company is in the running for a multi-billion-dollar contract for 36 new fighter jets for the Brazilian military.

Brazil announced in February that it wouldn’t make any short-term decision on the contract, estimated to be worth between $4 billion and $7 billion, because of budget problems.

Saab of Sweden is jockeying with US-based Boeing and France’s Dassault for the contract.

Reinfeldt told Valor that Saab’s Gripen NG is “the best” and boasted of its “excellent quality.”

The visit marked Reinfeldt’s first as head of government to a South American nation. He planned to conclude the trip Thursday in Chile. 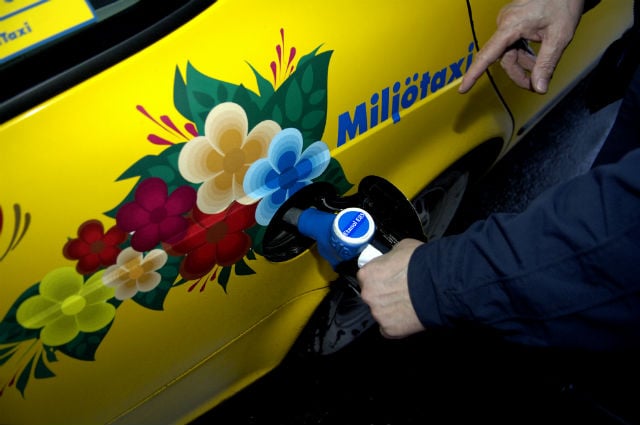 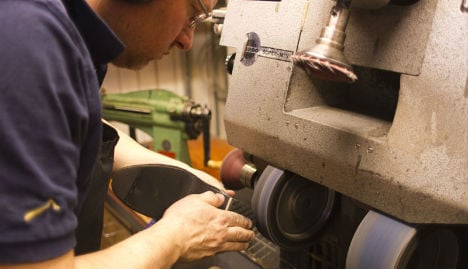 "There's no business like shoe business": A repair in process at Skomakeren Henry in Lund.
In their proposals for its upcoming autumn budget, the ruling Social Democrat and Green parties plan to slash value added taxes on repairs to bicycles, clothes, and shoes, and to bring in a new tax break for people who carry out more expensive repairs to fridges, dishwashers and washing machine.
At the same time, the government plans to make buying new white goods and computers more expensive, by slapping on an additional “chemical tax” to cover the cost to the environment of substances which are hard to recycle.
“This issue was a really low priority under the last government,” said Per Bolund, the country’s minister for finance markets and consumption.  “But if we want to solve the problems of sustainability and the environment we have to work on consumption.”
As well as encouraging them with lower prices, the government also plans a publicity drive to encourage people to repair their things more often, with 43 million Swedish Kronor  (SEK) allocated for pushing the new plan.
“One area we are really looking at is so-called ‘nudging’, Boland said. “That means, through various methods, making it easier for people to do the right thing.”
He said that might be as simple as putting in clearer signs directing people to the nearest recycling facilities.
“From my point of view, it's not necessarily about consuming less, but more looking at what we consume and how.”
The government estimates that the tax breaks for repairing white goods will cost 190m Swedish kronor a year, while  the reduction in VAT for reparations of cycles, clothes and shoes would come to 270m kronor a year.
The new chemicals tax is expected to raise about two billion kronor a year.
SHOW COMMENTS 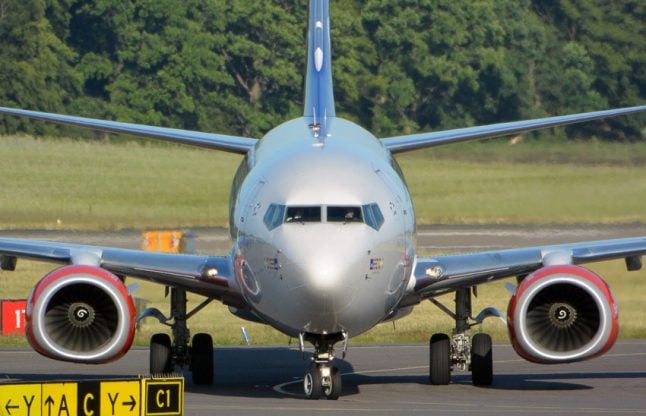 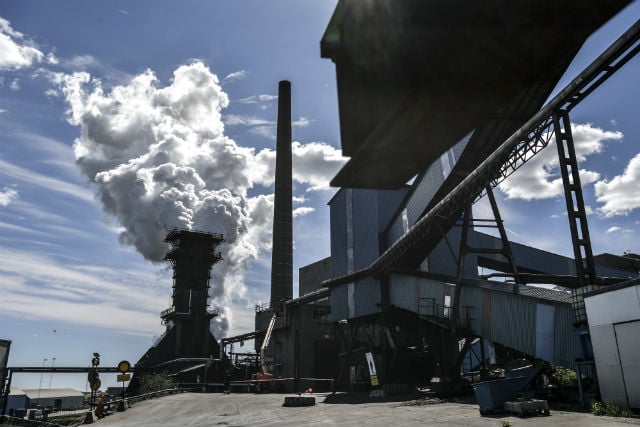