“Säpo have expressed the opinion that the scope of current espionage and intelligence operations has widened and changed in focus,” Thomas Kaevergard, secretary for a government commission of enquiry formed last year, told The Local.

Since the discovery, Säpo has expressed the opinion that the existing legislation is outdated.

According to Säpo, foreign intelligence gatherers in Sweden are today less interested in military bases or airfields and more turned to political or research espionage.

There’s also an increased number of illicit espionage operations carried out by foreign agents in Sweden, spying on another nations or on its own citizens who are living on Swedish soil.

“It could be someone fooling fellow countrymen to give details about themselves, in order to map out activities of that country’s citizens in Sweden, “Kaevergaard said.

One such case was when a Chinese national was charged with unlawful intelligence gathering in 2009 against refugees of the Chinese Uyghur minority living in Sweden.

Earlier this year, the US embassy’s Surveillance Detection Unit (SDU) was the focus of an investigation by Sweden’s top prosecutor after reports surfaced in the media suggesting that the unit may have engaged in unlawful intelligence gathering.

However, in that case the prosecutor dropped the probe in early April because he was unable to gather sufficient evidence to substantiate the allegations.

“But the origins of these laws are really old, they stem from the late 1800’s and have been updated a number of times during the first world war, the interwar period and the second world war,” Kaevergaard told The Local.

If Sweden can’t intervene in these cases the consequences could be detrimental to Sweden internationally, according to Kaevergaard.

“And while these agents are existing in Sweden, their activities could be turned against the country as well at any time,” he said.

Kaevergaard was not able to comment on any individual case but said that any instance where existing laws are tried and applied gives the enquiry more practical information on what, if anything, needs to be amended.

“In which case did it work and which didn’t? How was it applied, did it go to prosecution, what was the follow up? These are all questions that will help us assess how it is working today,” Kaevergaard told The Local. 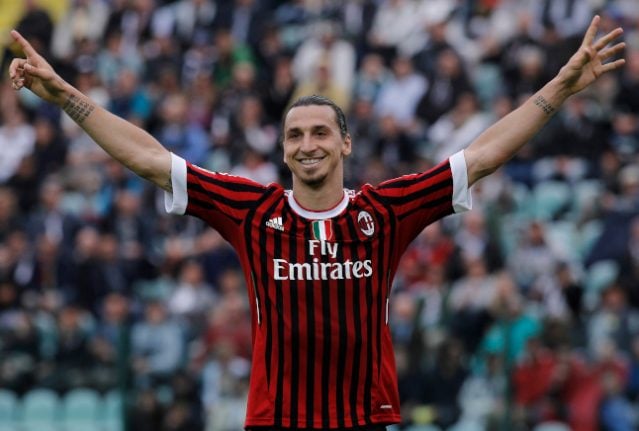 FOOTBALL
Could Zlatan Ibrahimovic be heading back to Italy next?