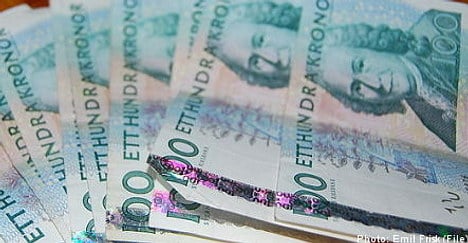 “There is a general picture that we in Sweden are not at all as corrupt as in other countries. But that there are as many as 20 percent in Sweden who could consider paying a bribe indicates that it is a cultural problem,” said Erik Skoglund at Ernst & Young to DI.

In the conclusions to the report, Ernst & Young argued that “unethical behaviour is common among many business cultures in the whole of Europe”.

Furthermore the report argued that “those who value integrity highly know that ethical behaviour is not just desirable, it is also good for business”.

Sweden has been hit by a number of high profile fraud cases in recent months.

Furthermore The Local reported in October 2010 that a special police unit in Stockholm combating share scams was closed by the chief safety ombudsman due to a large influx of cases.