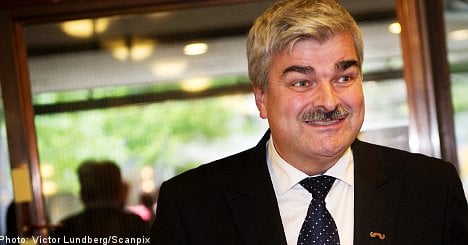 The Social Democrats have reclaimed their traditional position as Sweden’s largest political party, with 33.2 percent of respondents favouring the party that governed Sweden for most of the last century. The Moderates saw their support slip back to 31.5 percent.

The result confirms a trend seen earlier this week in a separate Synovate survey, which also gave the Social Democrats a slight lead and provided a much-needed boost for recently appointed leader Håkan Juholt after the party’s catastrophic showing in the 2010 general election.

The May poll also showed a slight upsurge in support for the three junior partners in the four-party Alliance.

The Greens and the Left Party, by contrast, saw a dip in support. Both parties ran for election as part of a Social Democrat-led red-green coalition, which unravelled after the Alliance secured a second consecutive term in power.

The nationalist Sweden Democrats shed 0.5 points as they dropped to 5.4 percent.

Overall, the Alliance parties’ lead over the red-green bloc shrank to 0.6 points, with the centre-right polling 47.1 percent.

Novus interviewed 5,695 people for its May poll.

Novus poll, May 2011 (percentage change from April 2011 in parentheses)