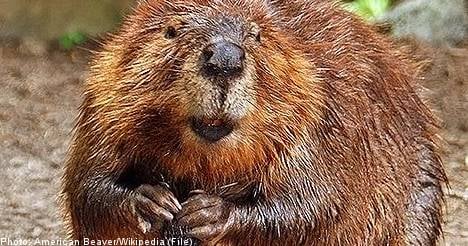 Whether the beaver took a wrong turn somewhere remains a mystery, but the curious animal’s journey nevertheless ended in a garage on Grindstugevägen in Nässjö in central Sweden.

The homeowner stumbled upon the beaver on Monday morning, according to a statement from Jönköping County police.

Police have since contacted local hunters and animal consultants who plan to “return the beaver to freedom” later on Monday.

The incident is the second time in recent weeks that Swedish police have been called to help lost beavers.

Back in April, police near Köping in central Sweden were called after an ambulance reported seeing a beaver lumbering down Glasgatan, the local Arboga Tidning newspaper reported.

While the beaver wasn’t in need of any medical assistance or suspected of any crime, police were called to help escort the beaver back to a nearby stream.

Rather than put the animal in the back of the patrol car, however, police decided instead to simply point the beaver in the right direction.