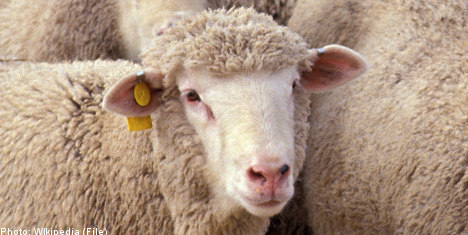 The 50-year-old man was caught in early June of last year by a neighbouring sheep farmer who heard an unusual bleating sound from one of his pastures near Alingsås in western Sweden.

When the farmer and his wife went to investigate, they found the man standing behind one of their ewes and grinding his pelvis up against the back of the animal.

During his trial in the district court in Alingsås, the man denied having sex with the sheep, but confessed he had been partying the night before and that his memory of the ensuring hours was a bit hazy, the Göteborgs-Posten (GP) reported.

A specialist veterinary surgeon from the Swedish Board of Agriculture (Jordbruksverket) was also called to testify as an expert witness in order to prove how the ewe may have suffered from the event even if there were no visible physical injuries.

Despite the man’s denials, the court was more inclined to believe testimony of the sober sheep farmer and convicted the 50-year-old of animal cruelty.

Due to the man’s documented problems with alcohol, a sentence of community service was seemed inappropriate.

Instead, the court ordered the man put on probation.