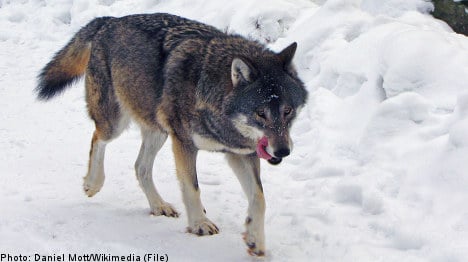 “Despite efforts done Sweden has not yet brought its policy for the protection of endangered wolves into line with EU rules on nature protection,” Environment Commissioner Janez Potocnik said in a statement.

Sweden’s environment minister Anders Carlgren reacted to the news by stating that “the dialogue with the Commission is ongoing”.

“The Commission has with its decision made it clear that the question of whether Sweden will be brought before the EU court will be made in the autumn,” Carlgren said in a statement.

According to the environment ministry, Sweden will get back to the Commisison with a plan which addresses limits on the number of wolves that can be shot and as well as how the packs gene pool will be strengthened.

The European Commission has for months criticised Sweden’s policy for managing its wolf pack, including the decision to continue with a licenced wolf hunt for the last two years.

“We’re still not convinced that Sweden has a plan for protecting its wolf population,” Joe Hennon, a spokesperson for Commissioner Potocnik, told the TT news agency.

Nothing has changed since the European Commission’s first statement on the issue in January, and Sweden has yet to present convincing arguments as to why the wolf hunt should continue, according to Hennon.

“The licenced hunt isn’t in line with EU rules. You can hunt individual wolves that are a threat to livestock, for example, but you can’t have a general hunt,” he said.

One of the main criticisms of the hunt is that, after two seasons, very little has been done to strengthen the wolf packs gene pool.

The Commission also expressed its disapproval over Sweden’s decision to set a limit on the size of its wolf pack and the lack of effective measures to protect against inbreeding.