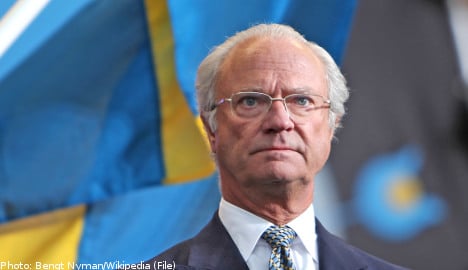 The man, who’s given name is Hans Erik, wanted to add a bit of royal spice to what he considered to be an ordinary Swedish name.

He therefore filed a name change application with the Swedish Tax Agency (Skatteverket) requesting to have “Hans Majestät” (‘His Majesty’) added to his name.

Hans Erik hoped to soon be called ‘His Majesty Erik’, but the tax agency turned down his application.

“Titles used in society can often be considered to lead to misunderstandings, and are therefore unsuitable as first names,” the agency wrote as justification for denying the man’s application.

The Tax Agency referred to Sweden’s name law, which states that names are not allowed if they can cause offence, be presumed to cause discomfort, or for some other reason are unsuitable.

The 1982 name law was originally planned to protect Swedish nobility, keeping the plebeian public from giving their children noble names.

Much has changed since then, however, and nowadays the law is more commonly used to protect children from overly creative parents.

Names that have been denied include “Elvis” and “Ikea”, while “Q”, “Google”, “Metallica”, and “Lego” have all been deemed acceptable.

When contacted by The Local, the man refused to comment on the tax agency’s decision.