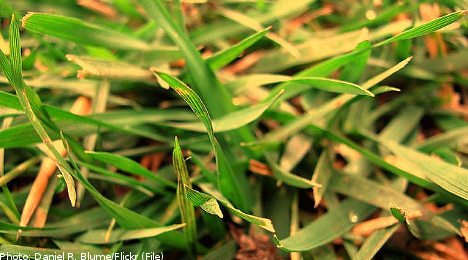 Police interrupted the would be-drug deal on Saturday in Gävle in eastern Sweden after two security guards saw what they presumed to be a drug sale and summoned local police.

But the man has since been cleared of all suspicions after the arresting officers inspected the plastic bag the man had purchased and found no trace of cannabis.

Initially, the 58-year-old thought he had negotiated a rock-bottom price for his purchase, having haggled the price of the grass from 400 kronor ($62) down to a mere 100 kronor.

While the man was released, Gävleborg police spokesperson Mikael Hedström emphasised that his actions are still considered criminal.

“Imagine that you order 10 kilos of amphetamine, but receive common flour. You still tried to purchase narcotics, so you can still be charged with an attempted drug offense,” Hedström told The Local.

However, because the purchase would have been mounted to no more than a petty offense even if the bag can contained actual marijuana, the case was dropped and the 58-year-old was released without receiving any sanctions for his failed drug purchase.

Meanwhile, the shifty grass clipping salesman managed to flee the scene before police could apprehend him.