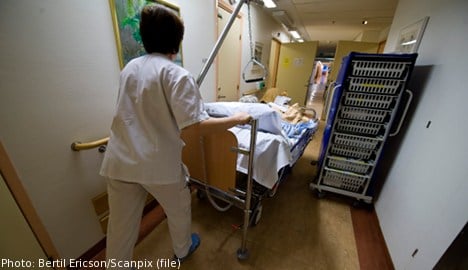 “It is scandalous. Every year they try to plan around the holidays. But employers don’t take it seriously. Then, they panic and offer bonuses if employees waive the vacation they desperately need,” said Sineva Ribeiro, president of Vårdförbundet, in a press release.

“Managers need to take responsibility, instead of tossing it back in the lap of employees,” she said.

The healthcare professionals organization conducted a nationwide survey of temporary hospital employees across 17 out of 21 affected departments.

Responses indicate that nine out of ten departments announce a shortage during the summer months.

Specialized nursing, such as mid-wives, radiographers and biomedical scientists, is hit the worst, claiming that the situation is ‘very serious’ and with a ‘very substantial reduction in staffing.’

As a result of the widespread shortage, hospitals are forced to seek alternative solutions to the summer staffing problem.

The survey demonstrated that the most commonly practiced defenses include an increase in overtime, various forms of bonuses, and an increased use of agency or temporary workers.

Yet, according to the survey, another popular solution is simply to close various hospital care units for the summer. About 50 percent of the Association’s local departments believe the closures are due to staffing shortages.

Nine out of 10 departments are in accord, while no departments believe the opposite. The remaining answered ‘do not know’ when asked.