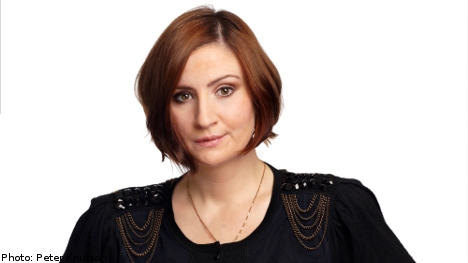 Among the proposed reforms is a new EU tax on sales and services and a fee linked to financial transactions to finance a five percent increase in the EU budget.

“In order for the EU to compete with India, China and other parts of the world in the future there is a need for significant reforms and these are not visible in this budget. I am very disappointed about that,“ she told new agency TT.

The only positives, as far as Ohlsson is concerned, are the provisions for the environment, research, infrastructure and foreign policy.

“But these need to be matched with decreases within agricultural and regional politics, which is actually two thirds of the total budget. This is an expansive EU budget and we can’t accept that,“ she said.

Ohlsson added that many EU countries have been struck hard by the financial crisis and have had to slash their welfare budgets.

“This must be reflected in the commission’s budget proposal,” Ohlsson told TT.

Jonas Sjöstedt, a former MEP representing the Left party on the Riksdag’s EU committee, thinks that the proposals take the EU one step closer towards the formation of a European state.

“This is the most provocative budget that the EU has ever proposed,“ he said to TT.

“Levying taxes is a core function of a state,” he said to news agency TT.

Sjöstedt is also critical of the hefty increase in expenses.

“EU needs to save and cut down the spending so that the countries have more funds for their social budgets,” he said.

According to Sjöstedt all the members of the committee, regardless of party origin, are in agreement on both the EU’s right to taxation and increase in expenses.

“What is important now is to increase the pressure on (finance minister) Anders Borg to follow the British example and really put his foot down. He has a crystal clear mandate from all the Riksdag’s parties not to accept this,” he said.

EU commissioner Cecilia Malmström however has a more positive view of the budget proposal than the EU minister, although she concedes that the economic turbulence of the last few years should be reflected to the same degree in the EU budget as in the pockets of the Europeans.

“That is why we have tried to keep expenses down while adapting to the increase in the demands of the member states and the rest of the world on the EU to act on certain issues. This demands that the union has the practical and financial means to deliver,” she said in a statement.

Malmström is pleased with what is proposed within her own area of expertise – migration and combating crime – as well as research and infrastructure, but she is disappointed that there was no “significant modernizing of agriculture”.

Negotiations over the budget can expect to be a long, drawn out affair, as all member states must approve of the budget before it can be implemented.