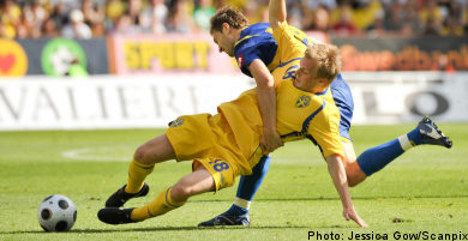 “I want to take the next step in my career and I really feel I can do that coming to Sunderland,” the 26-year-old Larsson told Sunderland Association Football Club (SAFC) TV.

Larsson was signed by Bruce for Birmingham, relegated from the top flight last season, from Arsenal in January 2007 following a successful loan spell.

Bruce added: “Seb was a fantastic young player for me at Birmingham and he has matured into a very good midfielder.

“He has been courted by a number of top clubs over the summer, both in

England and across Europe, so we are naturally delighted that he has chosen to come to Sunderland,” he said.