“Of course we were unaware of this,” said Roberta Alenius, press manager for prime minister Fredrik Reinfeldt, to the newspaper.

Littorin resigned from his post in July 2010, following allegations from the same newspaper that he had bought sex. However, the official explanation for the resignation has remained “private reasons.”

According to the latest reports from the paper, Littorin used a pseudonym for online sexual encounters, 79 different contacts in total during 2010.

One of the paper’s sources, remaining anonymous, told Aftonbladet that he has previously blackmailed sex-chatting men, and that if he had known that the man he was speaking with was Sweden’s employment minister, he would have charged a hefty fee.

“If I’d known at the time, I would’ve made big money. Really big money. That kind of guy is prepared to pay anything to keep this quiet. I could’ve demanded anything, there are no limits,” the man told Aftonbladet.

The Riksdag’s Committee on the Constitution (Konstitutionsutskottet – KU) is now considering looking into the matter.

“The issue could lead to an investigation in KU. A central point would then be if Littorin did something inappropriate in his work. Another reason to investigate would be if a minister exposes himself to a blackmail risk, or conducts himself in a way that could shift voters’ confidence in him,” said KU’s chairman Peter Eriksson to Aftonbladet.

But for that to happen, the matter has to be reported to the committee by an MP. Eriksson told the paper he is certain that will happen in the near future.

According to Aftonbladet, the new allegations have also raised the question of how much the government knew.

The government however, repudiates any knowledge of Littorin’s alleged internet activities.

“If this is true and he has acted in any way inappropriately he has obviously already drawn his own conclusions from it and resigned,” Alenius told daily Svenska Dagbladet (SvD).

On Saturday Littorin commented the new allegations through his legal counsel Percy Bratt in SvD.

“He has done things he’s not proud of, that are inappropriate and that he regrets. However, he repudiates any assertions that he has done anything illegal or been subject to any pressure,” Bratt told SvD. 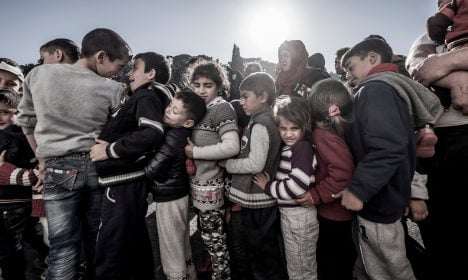 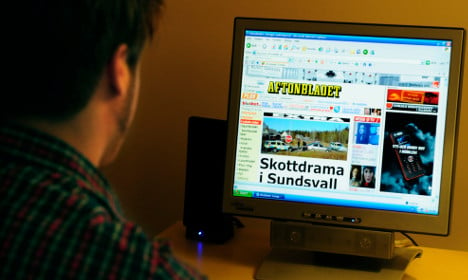 Today is Sweden’s national day, a public holiday since 2005, and an occasion seized by many to wave the Swedish flag, and perhaps enjoy a plate or two of pickled herring.

Unfortunately, however, the day has also become synonymous with right-wing extremists, as these groups have chosen June 6th to convene in anti-immigrant marches.

In light of this, newspaper Aftonbladet today published an opinion piece penned by journalist Anders Lindblad, defending the multicultural society.

Lindblad suggests that these parties are trying to lure SD’s voters with a harsher debate of immigration and multiculturalism.

Lindblad is also critical of those promoting assimilation instead of integration, among others conservative think tank Timbro.

“Development and openness are the sources of our success. Not isolation and insularity. In the Sweden of the future, people can celebrate any holidays they like. Including the national day,” he writes.

This opinion piece has sparked a great deal of controversy on the newspaper’s website, and just hours after publication the site has been flooded with hundreds of comments from readers who accuse Lindblad and Aftonbladet of trying to rob Sweden of its own identity.

The photograph accompanying the article – a photo montage of a mosque with a Swedish flag waving from the minaret – has been a particular source of aggravation. 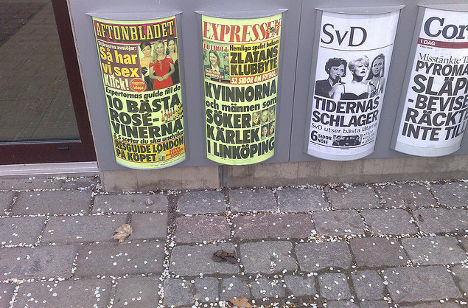 AFTONBLADET
Why Aftonbladet is wrong about The Local
CRIMINAL
Man fined for ‘mosque journalist’ death threat
Url copied to clipboard!